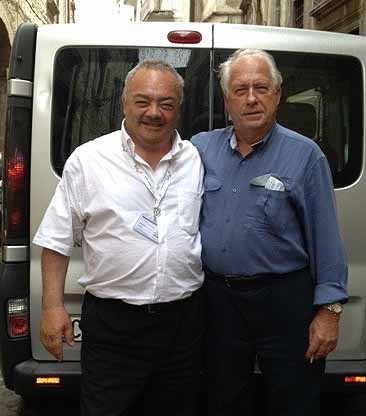 Good day (buongiorno) to our 50 subscribers! I know we promised not to bug you with posts more than once a week but so much has happened since we arrived that we need to break it down into smaller subsections and several posts to keep it crisp and interesting. Since we did not post for three weeks, bear with us as we make up for lost weeks over the next couple days.

For our subscribers who are world travelers, some information may be well known. However, we must also give enough information to introduce those subscribers who have not been to Italy – such as our grandchildren – to this incredible country. Additionally, we started a new page with the inspired title of “food” so only those who really want the details of this incredible gastronomic experience may indulge. Don’t neglect going on the “Portfolio” page for some beautiful photos to back up the stories. These pages will be populated soon.

After moving out of our house on Tuesday/Wednesday and then on Thursday/Friday spending 22 hours in transit (door to door), the word “exhausted” didn’t adequately describe our condition when we arrived in Rome at 9:30 AM. Getting through customs was uneventful and the van was there to meet us. Our driver, Antonio, was right out of central casting and spoke no English. That was okay because by then my vocabulary was reduced to pointing and grunting. So we had a very quiet three hour trip to Ascoli while we tried to imagine what was in store for us.

It was raining on & off when we arrived but we immediately purchased an umbrella (left them behind) and walked to main piazza to see if it is beautiful as the pictures – and it certainly is. When we returned to the apartment, Larry took a nap while I, newly revived, attempted to dig all the non-clothes items from the suitcases. No surprise there were several notes from TSA that they had opened our luggage. I later would regret not joining Larry in the nap as I started nodding off in the middle of our first lovely dinner that evening and then had to pass on my first gelato opportunity.

Let me get this off my chest right now and then it won’t be mentioned again – GRAFITTI – it is everywhere and such a terrible eyesore. However, anyone who has traveled in Italy knows it is the same in every town. The Italians may actually have invented grafitti, possibly started by some frustrated Renaissance painters with no papal commissions. There should be some special sort of punishment for defacing a 600 year old building, but for these kids they’re just old buildings. Although we did have one local apologize for it, most everyone just ignores it, sets their sights a bit higher, and admires the beautiful – which is in abundance – and so shall we.