Home » Blog » EXPRESSIVENESS – A postscript to our recent post. » 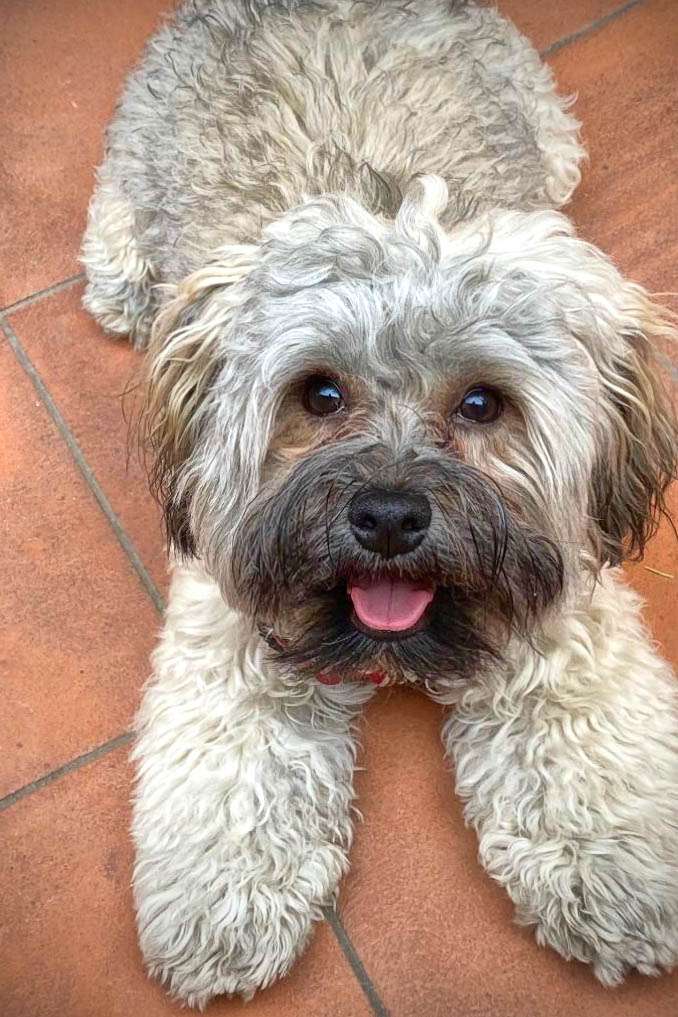 Those who may have read the most recent entry to this Blog will have discovered there has been an addition to our household – a now almost eleven-month-old male canine who has been named, ‘Cesare’. His breed is Havanese, we understand to be a several centuries old derivative of the Bichon lineage and the national dog of Cuba. Cesare is characterized as a ‘small breed’ canine at an adult weight of 13 lbs. (6 Kilos). However, that compact and solid little body incorporates a very large and exuberantly, warm personality.

It is approaching two months since he has become part of our lives. What our instincts told us to hope for, has happened in short order. A very strong emotional bond has formed between us. Which leads me to ask, what has made this process develop so quickly and affirmatively? An obvious factor is the transparent, immediate honesty with which this little creature expresses emotion.

There is nothing subtle or restrained in the way in which he conveys how he feels being in our company. That furry appendage at the south end of his little body oscillates with such furry that his whole back end gyrates back and forth.

He seems to project a contrast to some contemporary human behavior patterns involving more constrained emotional expressions in relationship encounters – to appear detached, cool. The distresses of prolonged anxiety involved in trying to live through a pandemic have not helped lubricate comfortable human interaction. By that standard, this little being is decidedly uncool or restrained by apprehension; emotional detachment seems to not be part of his makeup.

On better days, I attempt to muster resources to get into a more tranquil emotional state. But in this, admittedly, the early stages of the process of acclimating to another being of a different species, the unqualified positivity being communicated to us by this creature, is reinforcing our resources for positivity and sense of optimism. He is helping generate an atmosphere of positive joy and exuberance with being alive – interacting with with caring others. In the daily walks he takes me on, I can’t help smiling watching that joyful ‘prance’ his little legs generate as he enthusiastically explores the world.

Some might suggest we are retreating into a false sense of optimism and self-delusion. I really don’t think so – and the alternative is too unattractive. Positivity and the sharing of genuine affection are very reinforcing.

For us right now, this little creature is providing a positive antidote to less reinforcing perceptions in our lives. His energetic desire to intimately share positive experience with us and find life joyful, is not contrived. It is being nourished in a reciprocal desire to become more positively, interpersonally connected. The reality that this occurs across species divides suggests something very positive in the underlying structure of existence. If that is a source for hope in times like these, we want to have all of that we can get.

A speculative thought in closing. We understand we humans have at the base of our spines what has been described as a vestigial remnant of a tail once carried by our evolutionary ancestors. I have my days wondering if we would have been socially better off to have not lost that tail in our evolutionary development. If we still had one, would we feel better connected because we had a more conspicuously positive, expressive way to greet and acknowledge each other?

But then I am reminded of Shakespeare’s observation*, “Twere to consider too curiously to consider so.” – Aye, verily.