THE NEW YEAR COMES TO ASCOLI

THE NEW YEAR COMES TO ASCOLI

The passage of time in our lives, seems punctuated by rituals.

Currently, the ritual observance in Italy is Epiphany. Traditionally, it is the Christian observance of the Twelfth Day of the Christmas story when the Three Wise Men are said to have appeared bringing gifts of homage to the Christ Child. 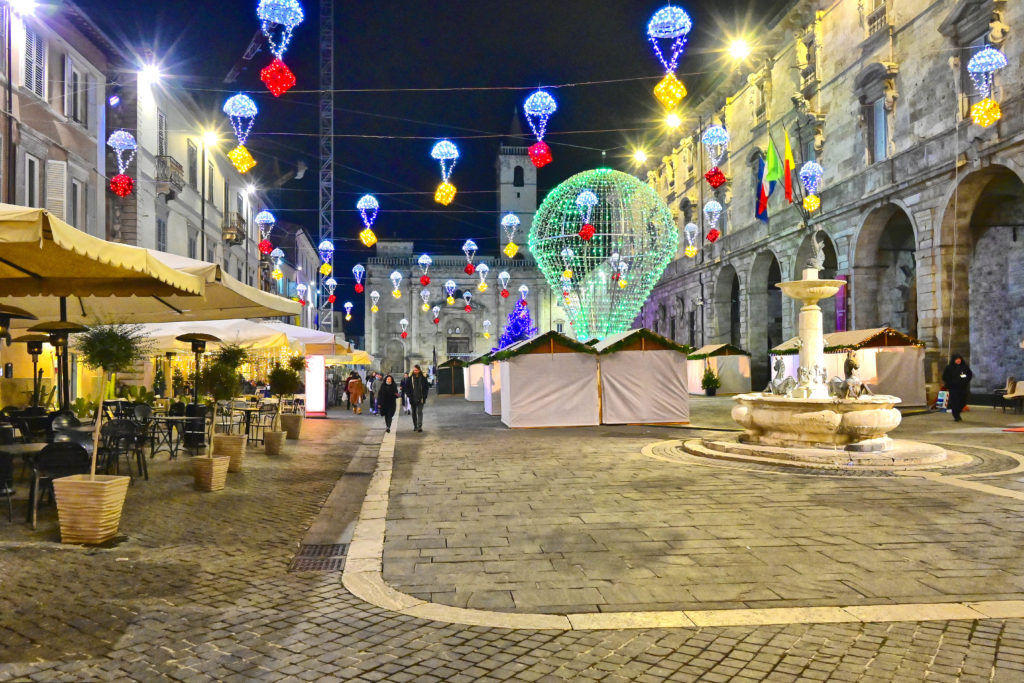 In Italy on this day, the Witch Bafana comes bringing gifts to good children and coal to those of us who have been naughty. Of course, the evaluation of ‘naughty’ depends, to a great extent, on how our various explorations and experiments in the course of our existence, are viewed by others. 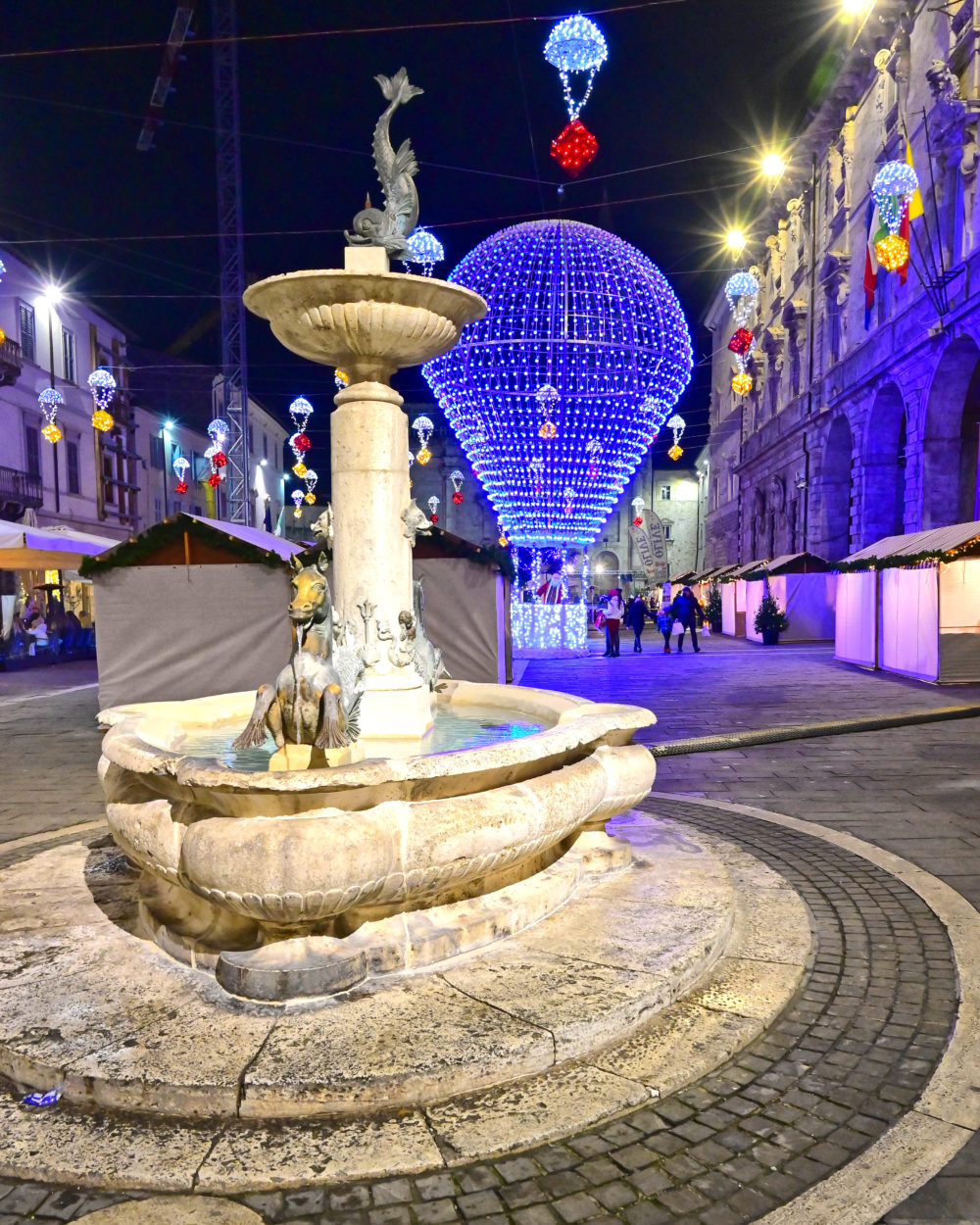 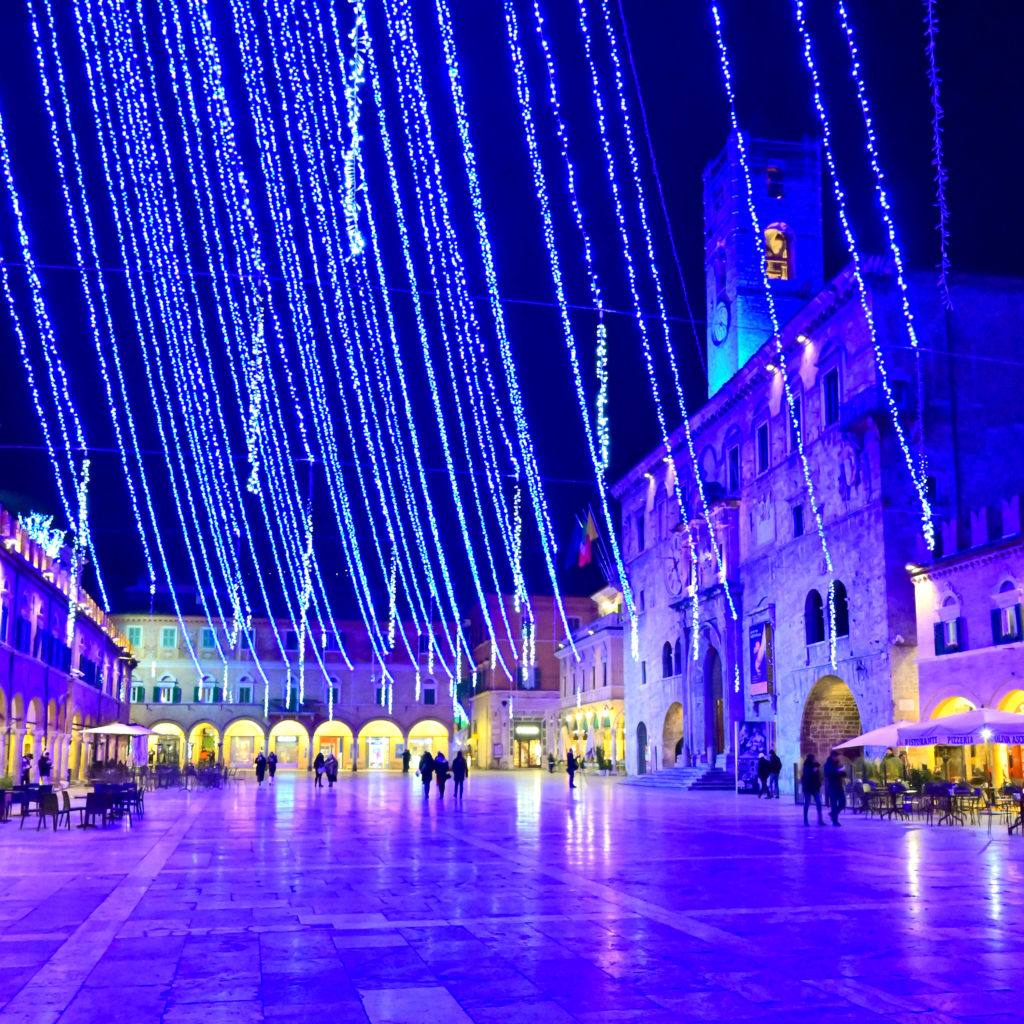 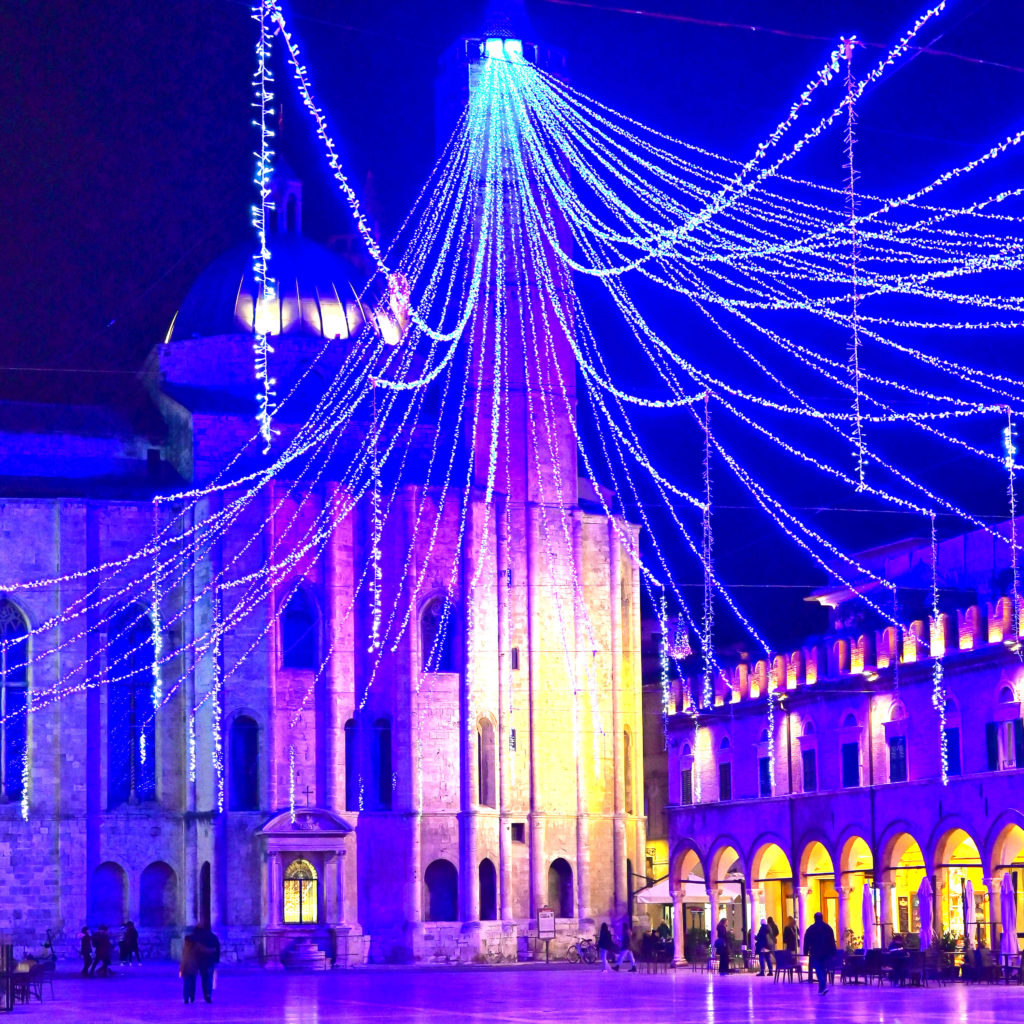 Piazza del Popolo and Church of San Francesco (begun in 1152) 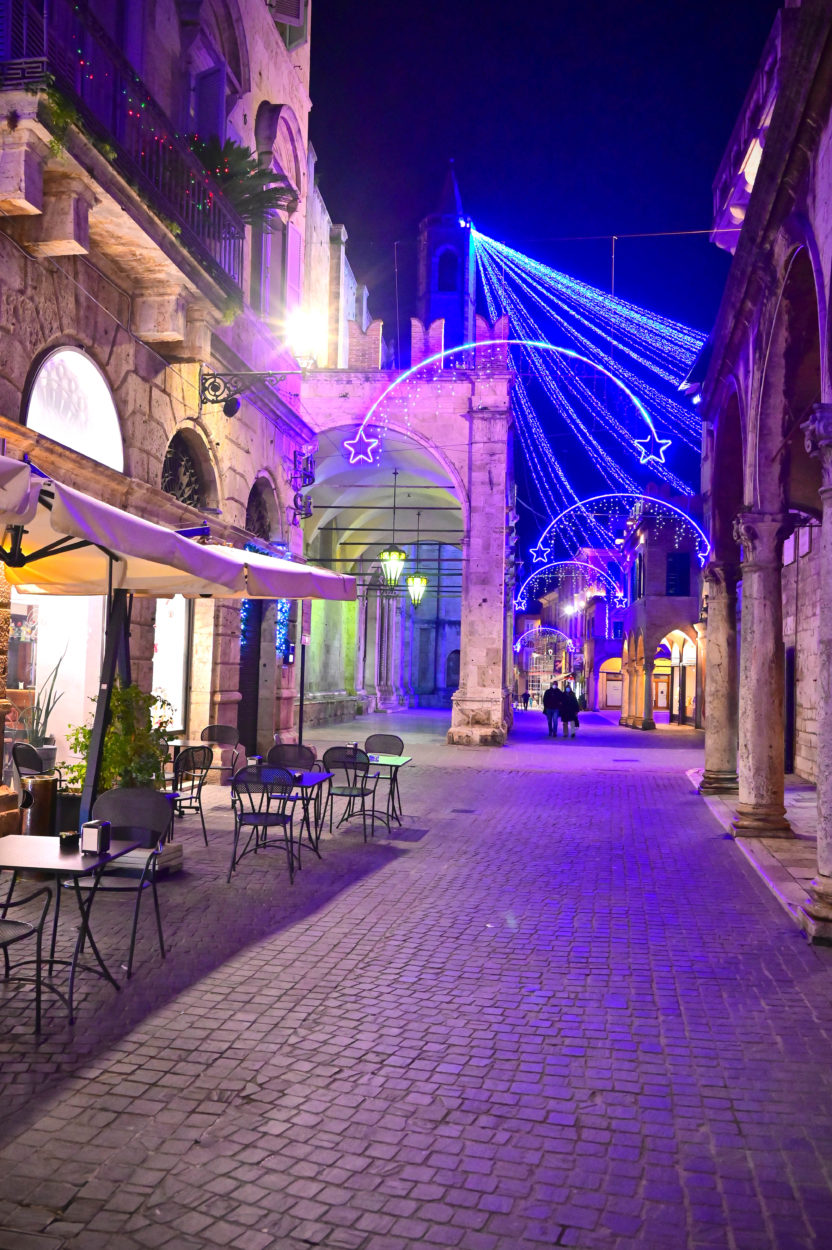 Corso Mazzini and Wool Merchants Loggia from the 15 century. 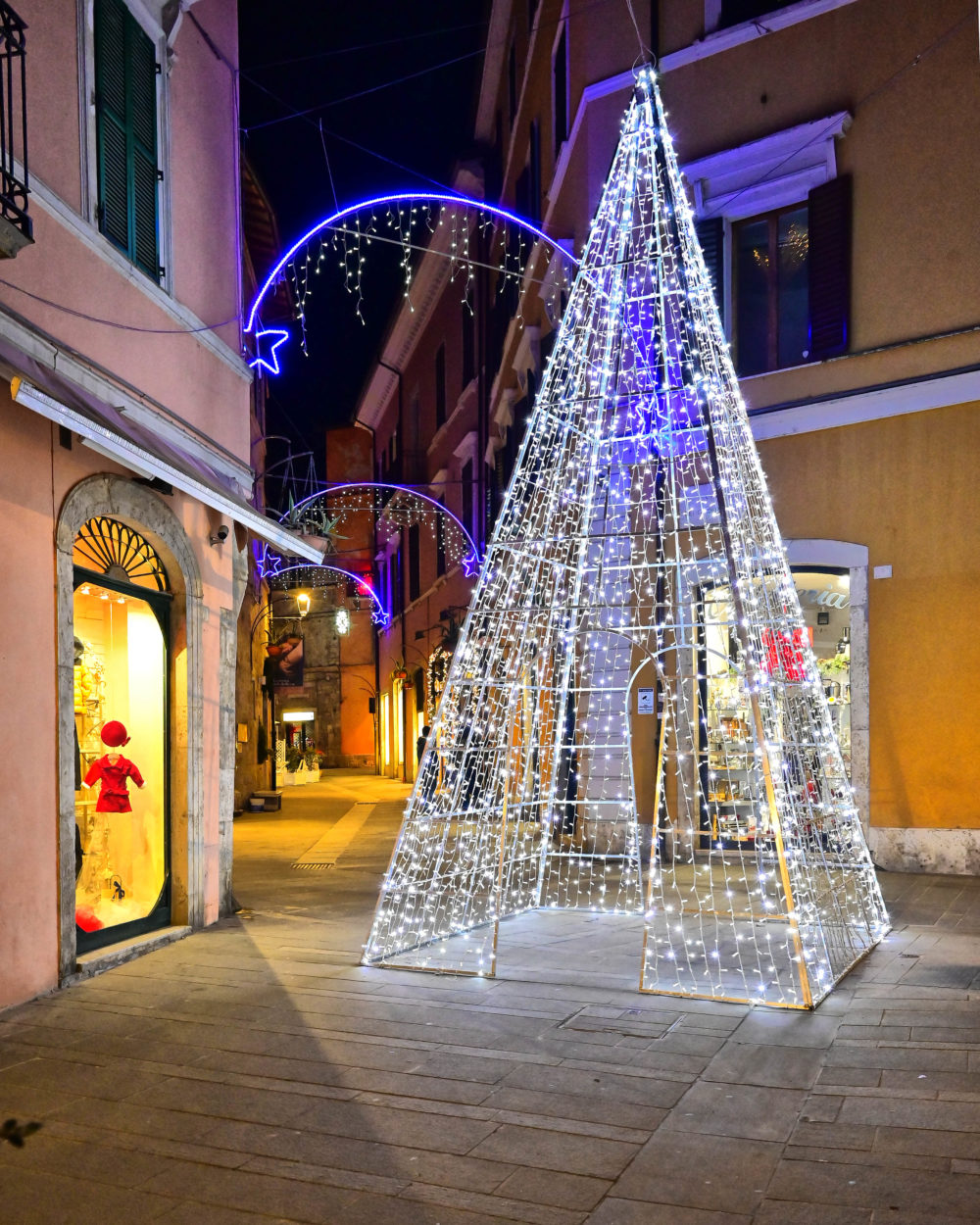 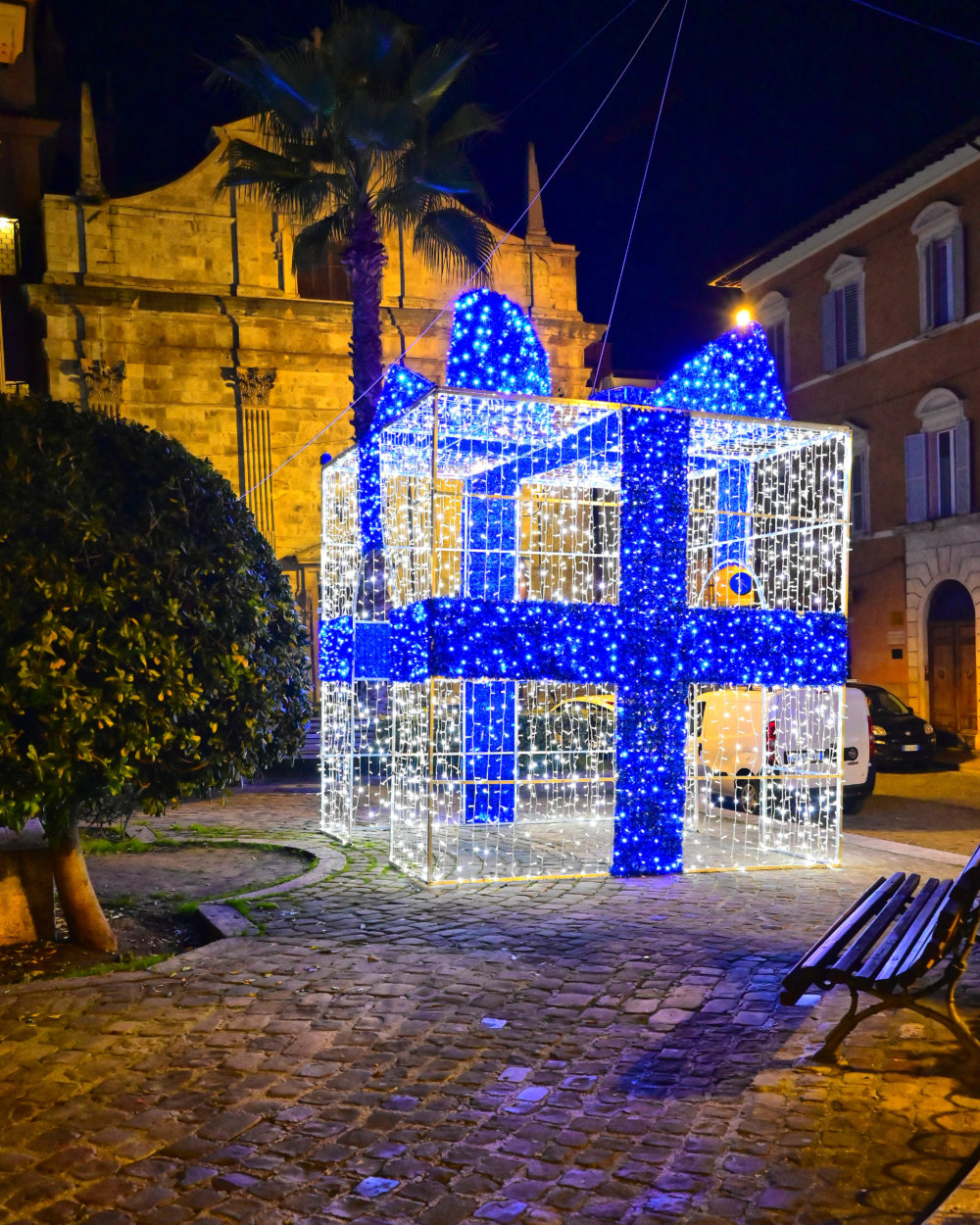 In the Piazza Roma. 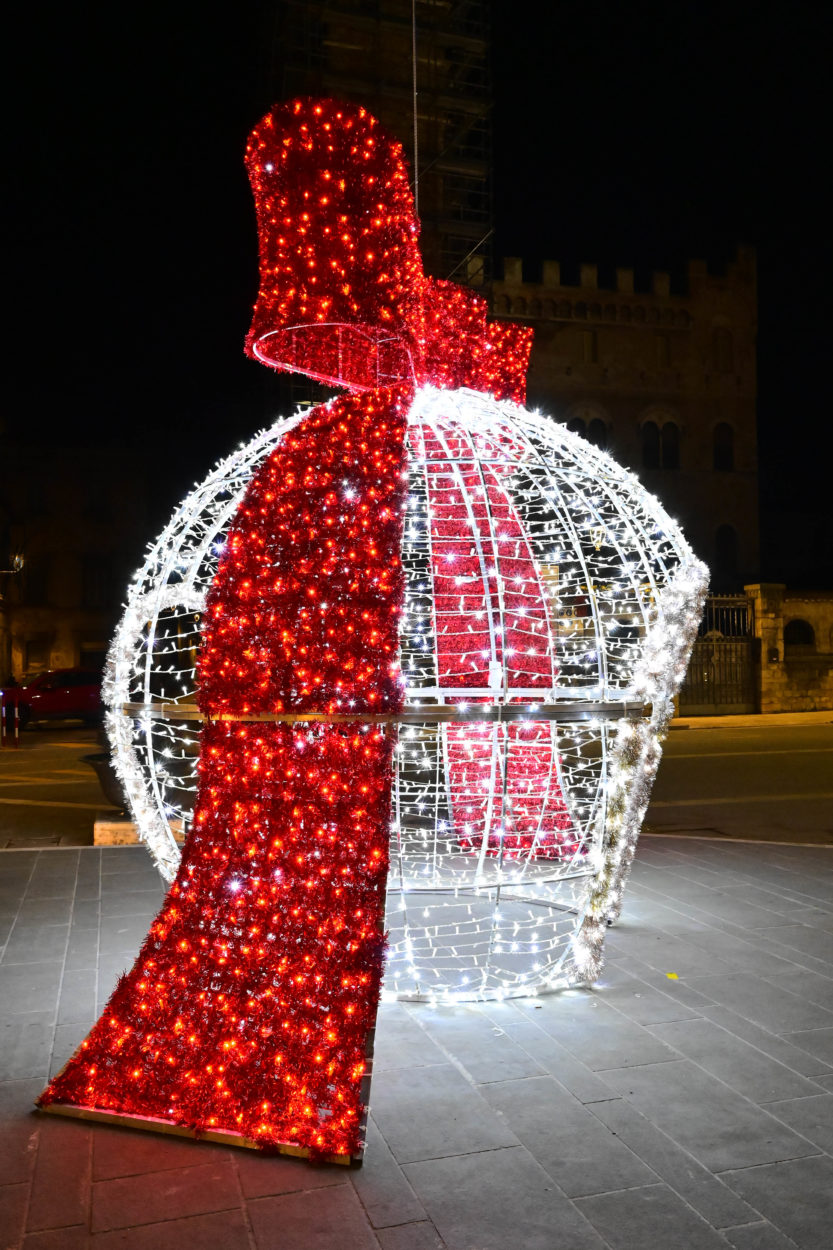 In the Piazza San Augustino.

In most households, immediately after Epiphany, if they hadn’t done so already, the Christmas decorations will be coming down and being packed away for another year. In the piazzas, the decorations go dark and the skating rink in front of the Cathedral of Ascoli will be allowed to melt and then be dismantled. The Christmas music on loudspeakers will go silent again until next December 8th. Fortunately, Ascoli was far more brightly decorated this year compared to last, as a few of the included photos illustrate.

However festive, the shadow of the COVID scourge is not far from everyone’s awareness. Last year, the COVID menace virtually shut down anything resembling holiday joy and festivity. This season, we had a few welcomed social events among our vaccinated Expat and Italian friends. It was on a smaller scale and more carefully orchestrated than in pre-COVID times but still, a very welcome change from last year’s depressing sense of isolation.

The latest in the series of viral mutations, is proving to be far more virulent worldwide. The basis for some evidence of less severe consequences of infections traceable to this latest strain are yet to be fully understood, at least as of this writing. We are pleased to report both we and our friends remain healthy so far. We are trying to take precautions to keep it that way.

This year, the system of a digital “Green Pass”, for those with evidence of having been fully vaccinated or having recovered from the virus, is permitting some degree of normalcy of interaction to exist. But the leniency on COVID containment measures during the holidays has now given way to heightened restrictions. In responding to the virulent expansion of new cases of the COVID virus, the four-tier criticality levels of viral infection vulnerability have gone from ‘White’, for minimal restrictions, recently through ‘Yellow’ and are about to go into ‘Orange’, just one short of ‘Red’ for close to total lockdown.

The combination of much higher apparent transmissibility of the current new strain, plus the probable consequences of reduced social distancing precautions during the holidays, does not hold much promise for the coming months in public health. The more optimistic process of so-called ‘peaking’, followed by reductions in new cases, reported from other locations, has yet to be identified here. For now, we are in ‘wait and see’ mode.

Arlene and I have had the joy of sharing the same domestic space for thirty-six years. We continue to find contentment in each other’s company. But in contemplating another winter in potential lockdown conditions, we began to discuss the question about how far we wished to push our luck. The consequence of which is we decided it would be a great idea to bring a domestic animal into our lives to be a source of joy and a positive distraction.

Because of our demanding professional and civic commitments in the past, we had gravitated to having felines in our lives. Their relative independence fit well with our lifestyle. Our last dear, feline friend was with us for eighteen years and it was devastating to say goodbye to him. But we are pretty much ‘homebodies’ these days and living in an apartment with a permeable terrace did not recommend a feline. So, yes, we who were two, are now three. 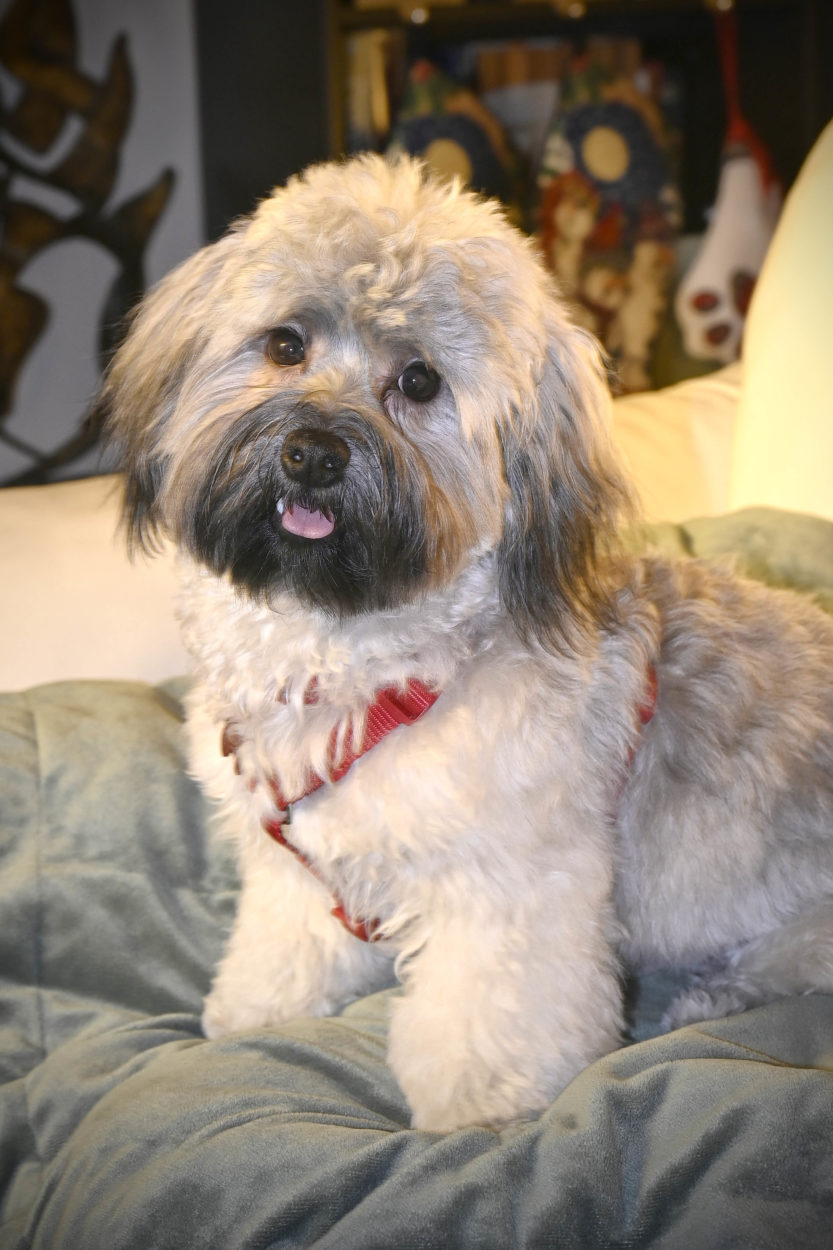 Cesare, he who now is the emperor of the casa.

As usual, we were both subliminally in a similar predisposition so when we verbalized the possibility over breakfast, it was quickly into, ‘OK, let’s do it. But what do we get?’  Apartment life suggests some awareness of relative size and exercise requirements. Then comes temperament, health and a range of other issues that hadn’t been high on our ‘think about’ list. Off to the internet we went; the contemporary version of the ‘Delphic Oracle’.

Once we came to terms with the realities of the size issue, particularly in not having an active tail sweeping things off the coffee table, that narrowed the criteria a bit. In the past we had ‘dog sat’ for Expat friends when they travelled so we had some basis for informed opinion formation. The most compatible experiences defined an animal size range criterion.

In the interests of some brevity, Arlene found the ‘A’ list breed, one neither of us had ever heard of – The Havanese. As the name suggests, the breed was refined in, and is said to be the National Dog of Cuba. It is represented most everywhere but is not as common as other breeds, or so it turns out in Italy. Brevity to the fore once more, we discovered a well-established service acting as brokers for pedigreed breeds in Europe that had listings for Havanese. We made contact and were very pleased with their professionalism. They have offices in Budapest, Hungary but provide quality dogs to clients, worldwide.

As it turns out, the male Havanese we chose was born in Hungary and when he arrived here, he was nine months old. And being beyond young puppy stage has turned out to be incredibly fortunate for us, as we hoped it would be in making that choice. With a breed developed in Cuba, born in Hungary, immigrated into Italy to live with Americans, seems to provide evidence of the effects of globalization.

You would hope by having reached my more advanced stage of life, I would have learned not to make overly categorical statements or judgements. It wasn’t all that long ago that I observed dog owners looking totally obsessive about their furry companions. I seem, in relatively short order, to have gone from, ‘You won’t ever catch me doing that’, to ‘Now, I are one’.

Of course, I understood dogs tend to be more interactive and demonstrative. But a perception of that concept and having an attentive little creature waging its tail furiously when it sees you and being totally absorbed in wanting to be part of your life, is a totally different matter. In less than two weeks, this little creature has become very connected with us and is now an important part of ‘us’ – all three of us.

The social psychologist, Daniel Goleman popularized the term, ‘Emotional Intelligence’. In interacting with another species, we often use the term ‘intelligence’ to assess the process of the ‘trainability’ of the animal. We both had dogs earlier in our lives, but at this stage of life, with so much living experience behind us, my sense is to be fascinated by the degree of emotional intelligence this young creature displays. He very attentively observes us and we sense almost daily changes in his empathetic ability to accurately assess our moods and adjust his responses accordingly. And, of course, we respond. It appears, we the so-called dominant species aren’t the only ones doing the training.

During this past year, we took the opportunity in early Spring to take a road trip to experience Assisi for the first time and to revisit Orvieto. Travelling by our own car affords safe, social distancing and welcomed flexibility. That experience was documented elsewhere in this Blog.

The summer was enjoyed once again for the fifth year, at our rented spot in a concession on the Adriatic Sea shore. It is a welcome sanctuary in the sun and absorbing the fresh, COVID-free sea breezes. And in late November we travelled, by car again, to Montepulciano in Tuscany to rendezvous with some special friends of many years who were making their first visit to Italy with their extended family. There are some important people in our lives that time and distance keep us apart from more than we wish.

And then, our new addition arrived at our door in the evening of the 21st of December – Our Winter Solstice gift. We start a New Year with this special brightness added to our lives plus, several pleasant and interesting couples have been in touch through this Blog and have made visits here. Several are now in process of making the relocation effort to become Ascolani. We look forward to their arrival.

As with most New Year’s observances, there are reasons to look ahead with apprehension but imbedded in experience are elements to give hope and even joy. The art seems to be to find the resources to survive the former and accentuate the latter. In reality, that process is probably what makes the former survivable.

We wish you and yours the best possible experience in the coming year. May we all stay healthy and find as much contentment and joy as is possible.