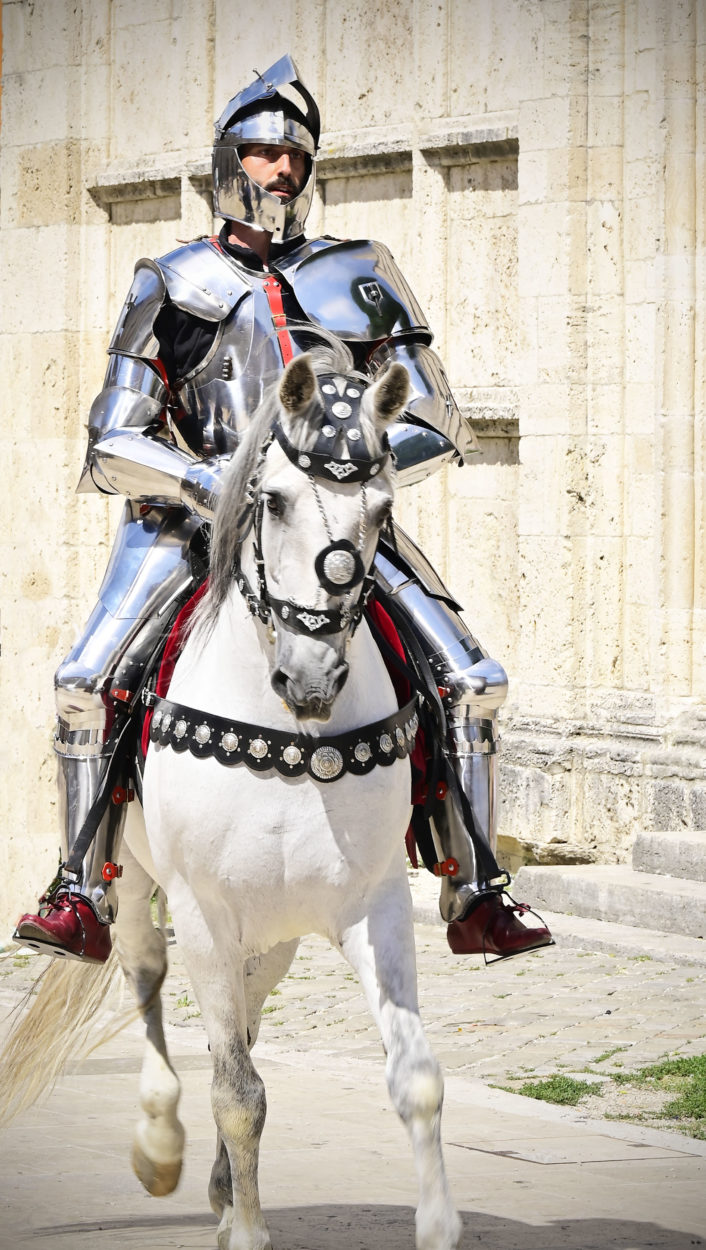 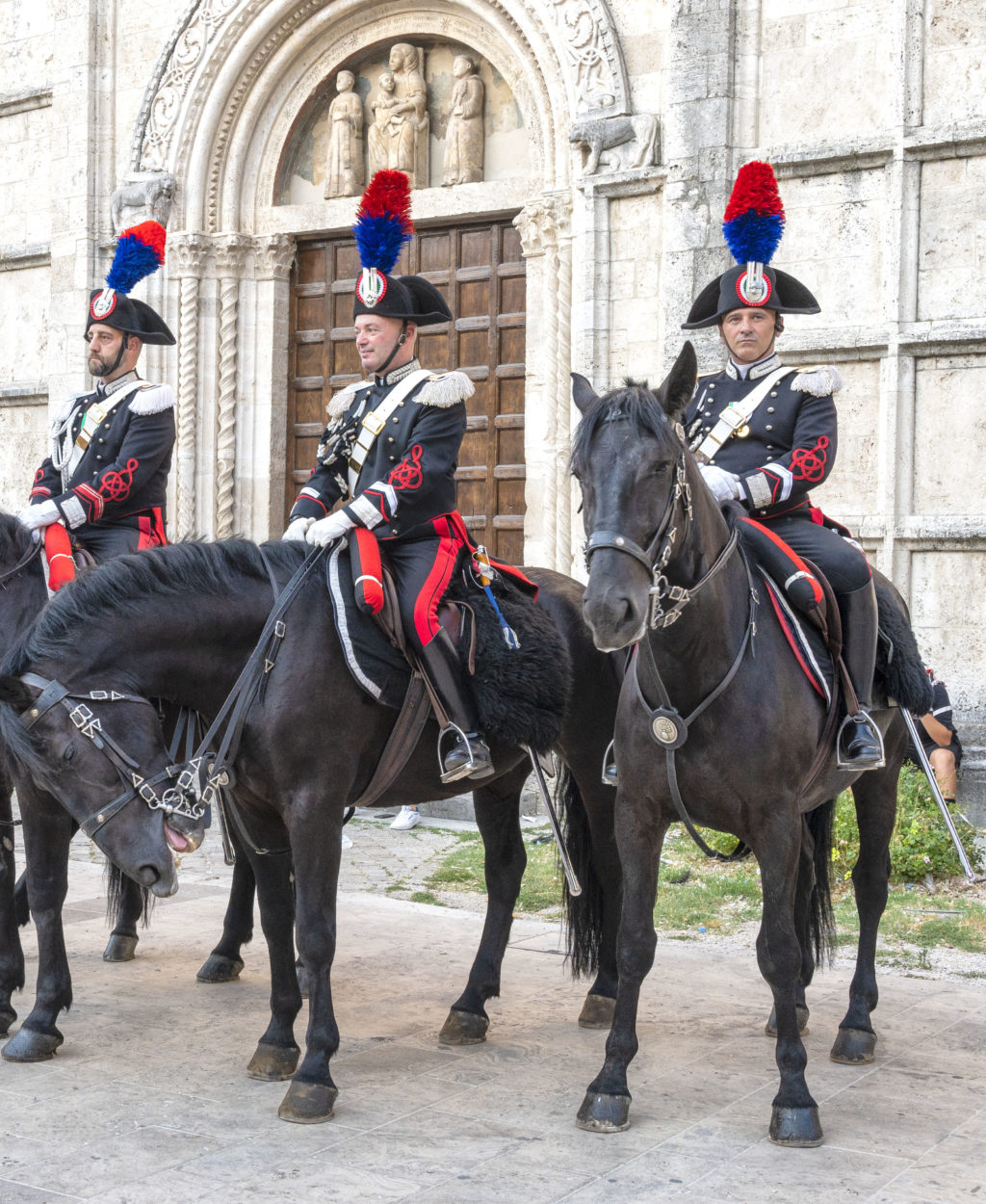 Contemporary Symbols of Authority – The Formal Honor Guard of the Carabinieri

Looking for options for summer relaxation and rejuvenation during a pandemic can be a daunting task. We are fortunate in many ways. Among them, we remain healthy, and most all our closest friends and associates take vaccination and other public health measures seriously.

Then we are retired and not compelled to immerse ourselves into groups. And from an environmental perspective, in this special corner of Italy we have come to call home, it is a generally self-sufficient place with modest population density. But in the case of Ascoli Piceno, a less than overwhelming population density does not dampen a deep sense of vibrant, common community. The overall atmosphere here generates a sense of larger connectivity.

For the entire COVID-19 Summer of 2021, we returned to a place of comfort and solace. For five years, we have been renting a spot on the nearby sandy shore of the Adriatic Sea. Once again, we returned to the same commercial concession on the water that provides a dedicated space with a small table, a sun umbrella and two lounges. Our dedicated spot is less than fifty feet from the water’s edge.

Each allocated spot is organized into a grid pattern with ample distance of separation. And then there is the sunshine and the clean, salt-air breeze coming to us from across the Adriatic. Our sense is immersing ourselves into a refreshing, health-filled sanctuary. It is an environment where perceptions of pandemic dread can be set aside, at least for a while.

Over the now more than eight years Ascoli has come to be called ‘home’, a few other expatiates of similar persuasion in wanting to expand their lives, have come here. Fortunately, this is not a ‘ghettoized’ group but people who share our enthusiasm for this culture that has been kind in welcoming us. These are a group of outward looking people rather than retreating inward seeking only the familiar.

A few of our fellow expatriates have also decided to enjoy the Adriatic shore at this same concession. It has worked out that we have a small cluster of nearby spots that provide an opportunity for us to talk with each other as well as having pleasant associations with Italian families we have come to know, who also return season-after-season. It seems an ideal blend of having the comfort to interact in your native language while also accomplishing what we hoped would happen, getting to know Italians on a more casual basis. Having this opportunity to have sustaining, social connection has been very important in getting us through another pandemic preoccupied summer.

We suffer few illusions about whether our experience in Ascoli Piceno should be generalized to all of Italy or Europe for that matter. Italians use the expression ‘giusto dimensione’ to say that something is just the right size. The Ascolani often say that about this place. We have come to agree with them. Particularly in the historic center where we live, there is a lower population density imposed by the reduced occupancy capacity of these older buildings. That makes for something of a small town feeling in giving a sense of becoming better acquainted with more accessible people.

But the overall Ascoli community, particularly in being a Provincial Administrative seat, brings a sufficient base for a wide variety of services and support. Another facet in our attraction to this place is the value placed on shared cultural experiences. Whether it is readily accessible musical events in every conceivable genre’, visual and performance art, the encouragement of training for the young in the arts, cultural values are a perceptible priority of community life.

Like most Italian towns, the Ascolani community shares a deep sense of affiliation in supporting local sports and in particular, their calcio team (otherwise known as soccer in the U.S.). But for us, nothing better exemplifies the vibrancy of Ascolani community spirit than the traditional medieval pageant reenactment, the Quintana. Prior to the devastation the COVID-19 virus inflicted, the Ascolani had presented this spectacular event every mid-July into early August for 61 years.

Then the COVID-19 containment measures in the Summer of 2020 resulted in the first ever cancellation of this event. This became inevitable as Ascoli adopted sequestration measures to stem the rate of new viral infections. The early-stage restrictions included a near total lock-down and restrictions on movement of nearly any kind. In the year since, increasing compliance  with vaccination efforts, plus adherence to public health measures such as masking, has dramatically contained the initially high contagion rate in Italy. With Italy having one of the highest percentages of more vulnerable older citizens in its population, effective public health measures have become a very high priority.

As the year 2021 progressed, Ascoli emulated the rest of Italy in cautiously and incrementally attempting to restore as much of normal life as possible. Italians are notorious in a determined sense of non-compliance. That trait is probably most apparent to a visitor in approaches to vehicle parking and operation. And as elsewhere, there is a small segment of the population that has chosen to make common sense public health measures a platform for expressing politicized, malcontent.

Recently instituted measures such as the ‘Green Pass’ digital certification of following public health measures, including vaccination, are increasingly being required to participate in a wider range of public activities.  This past week, we were required to show our Green Passes to enter a movie theatre. Our understanding is there has been an increase in vaccination rates as a result. It seems, as it should, feeling a need to position yourself outside of the broader interests of the larger community, ought to have negative consequences. At least a few are apparently deciding it isn’t worth it.

Fortunately, the summer of 2021 saw a return of a somewhat modified Quintana festival. Among the modifications were the elimination of some favorite events such as the postponement of the choreographed flag tossing competition (the Sbandieratori). That became necessary as there was no viable way to institute reliable social distancing measures for the throngs of anticipated spectators.

To my great satisfaction it was decided this summer to once again, stage the traditional Quintana Festival Procession through the streets of the historic center of Ascoli. The processional staging gathering point in the Piazza Ventidio Basso is the place I have enthusiastically returned each previous year, camera in hand, in hopes of capturing informal portraits of these exceptional people in their Renaissance-era costumes. But this year was different than in the past. Social distancing and the avoidance of freely moving crowds of the participants in preparation for marshalling into processional units, was circumscribed this year.

Rather than freely circulating in the piazza, the marching contingents were routed toward the piazza and remained, stationary, on the separate converging streets. The units then, incrementally, joined the procession through the city. The Piazza Ventidio Basso was no longer a feast of multiple targets of creative photographic opportunity it had been in the past. By the time of the second Quintana Procession in early August, I had devised a more mobile strategy to seek out the waiting contingents in the surrounding area.

By the time of the second processional, we noticed something else. In a testimony to Ascolani resiliency, in the quiet hiatus since the last processional two years earlier, it was evident the participating groups sustained their collaborative enthusiasm by upgrading and producing many new costumes. It seems, stopping the actual procession last year did not stop the energy for creative collaboration.

What follows are a few informal photos I took this year of a few of the groups participating in the Quintana Procession of 2021. 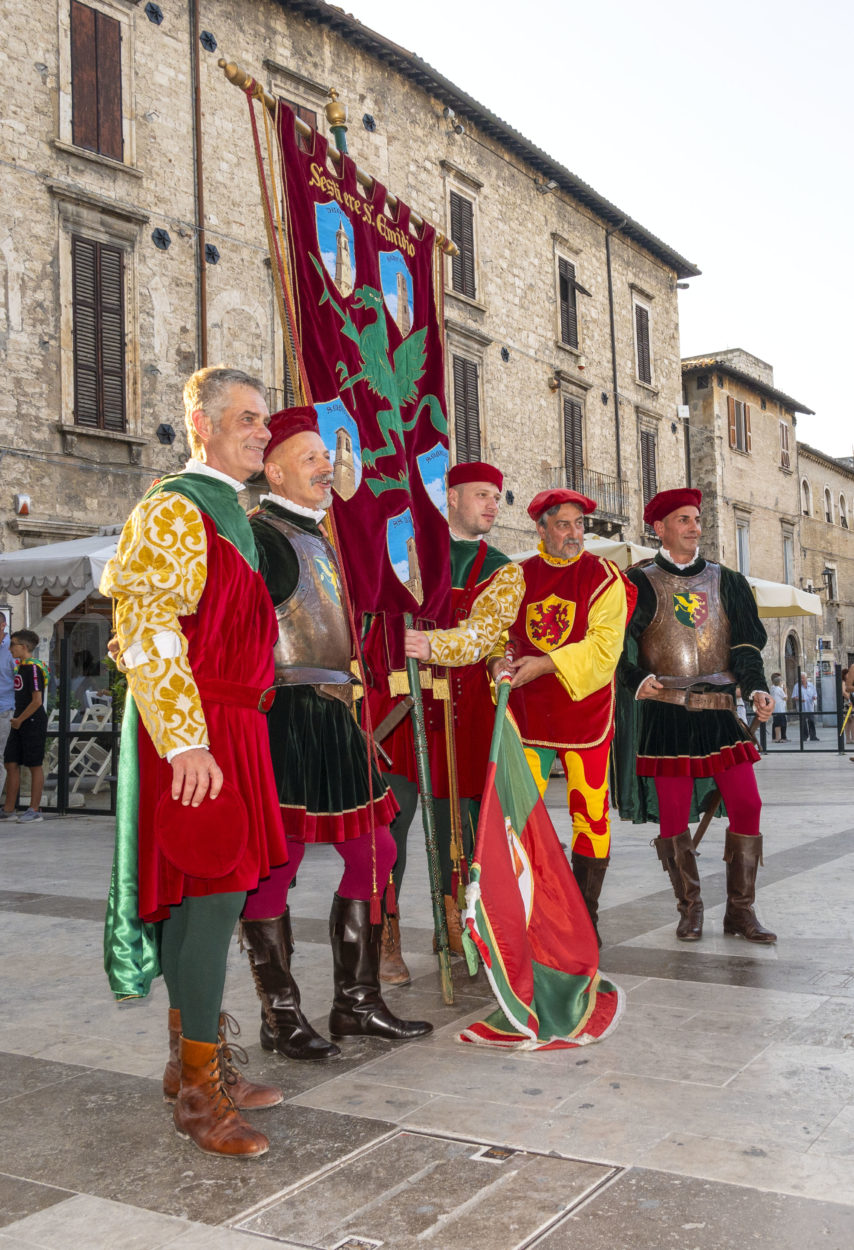 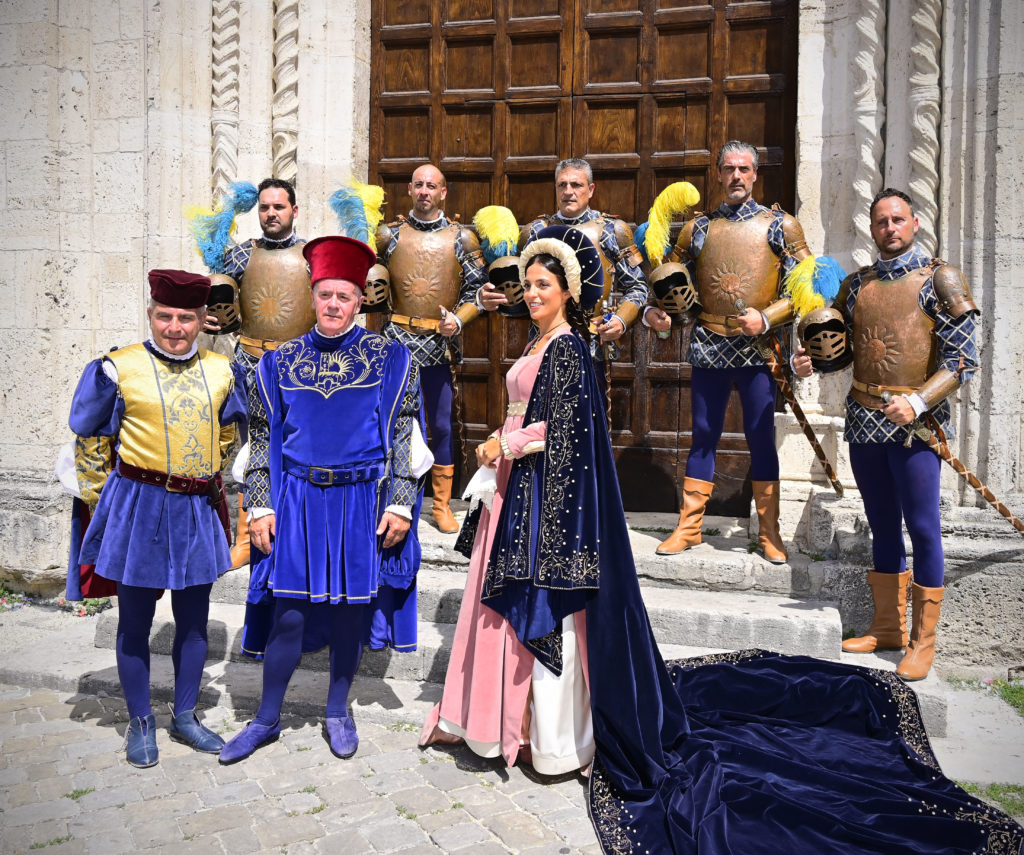 Prima Donna and Principals of the Sestiere Porta Solesta 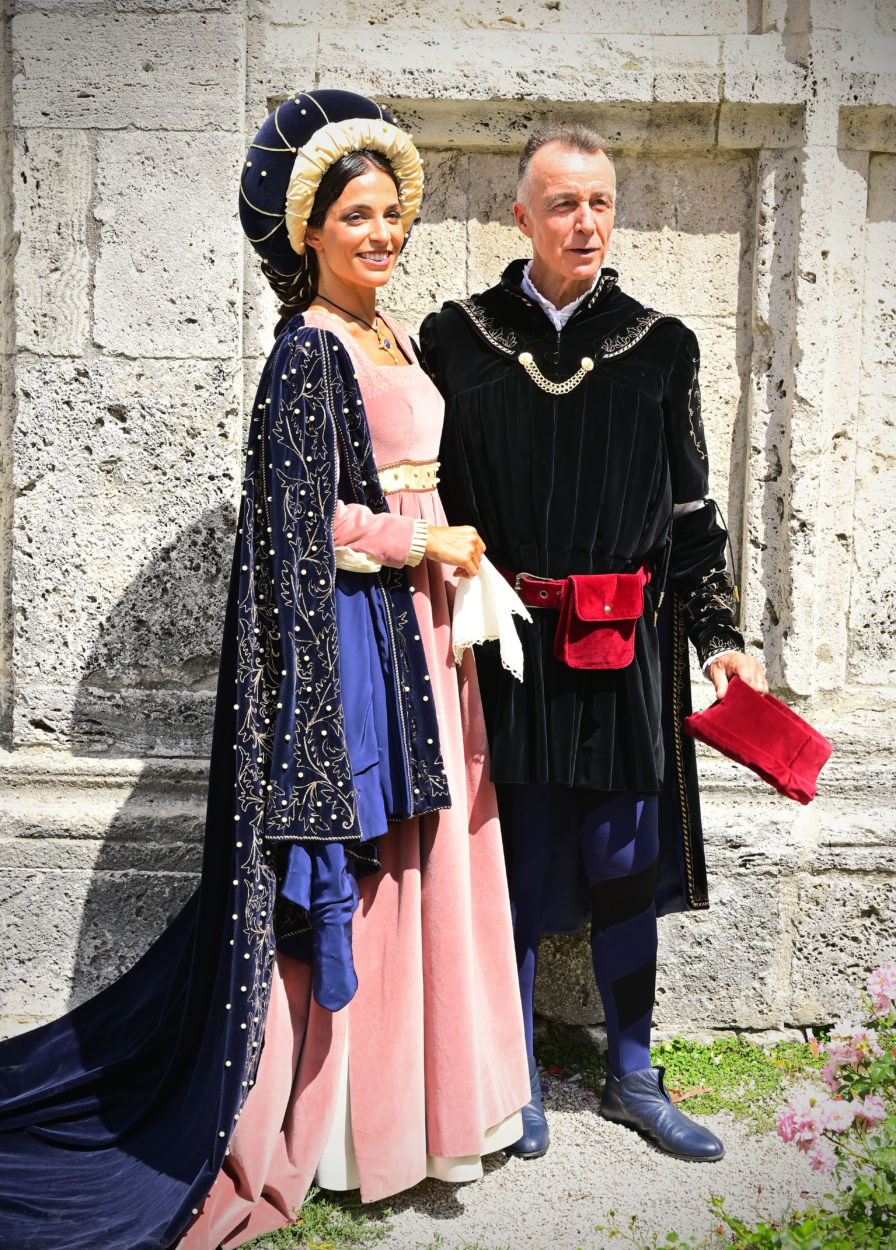 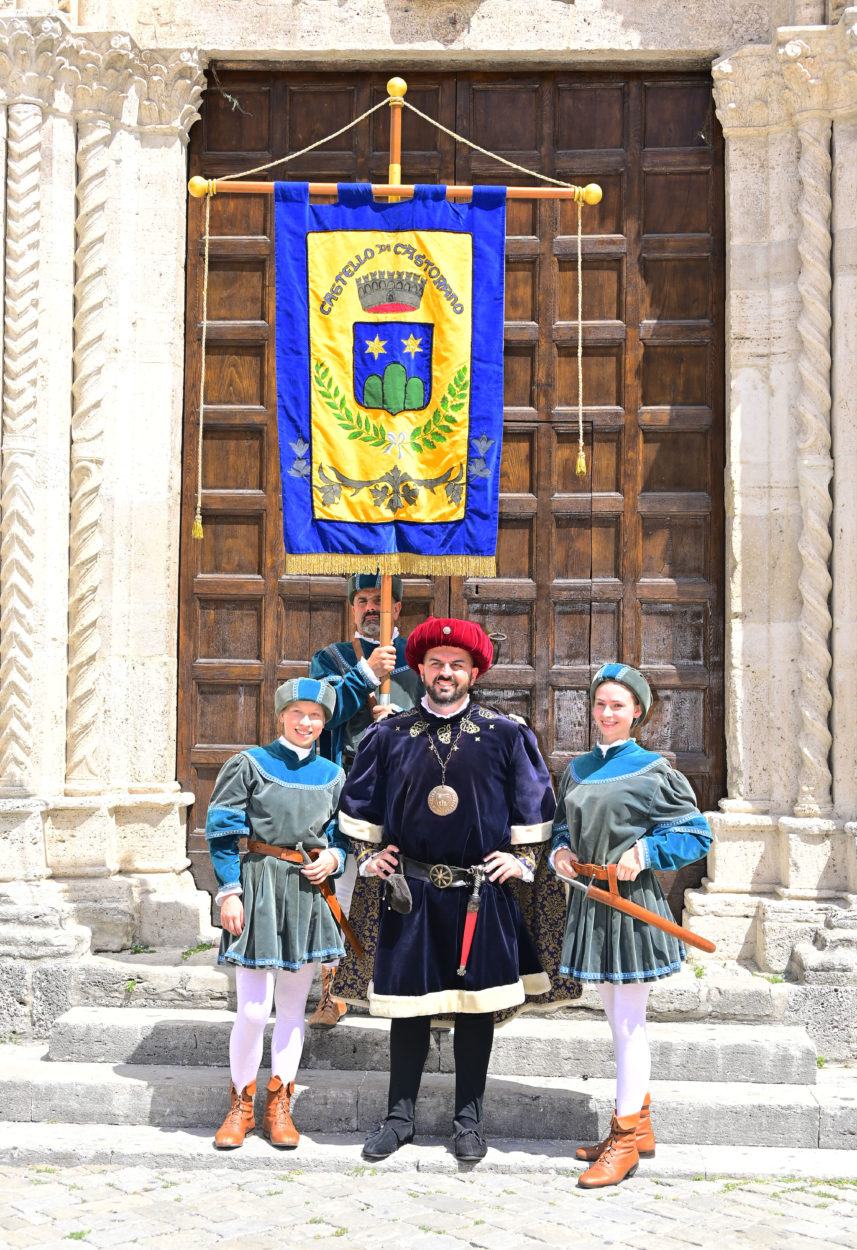 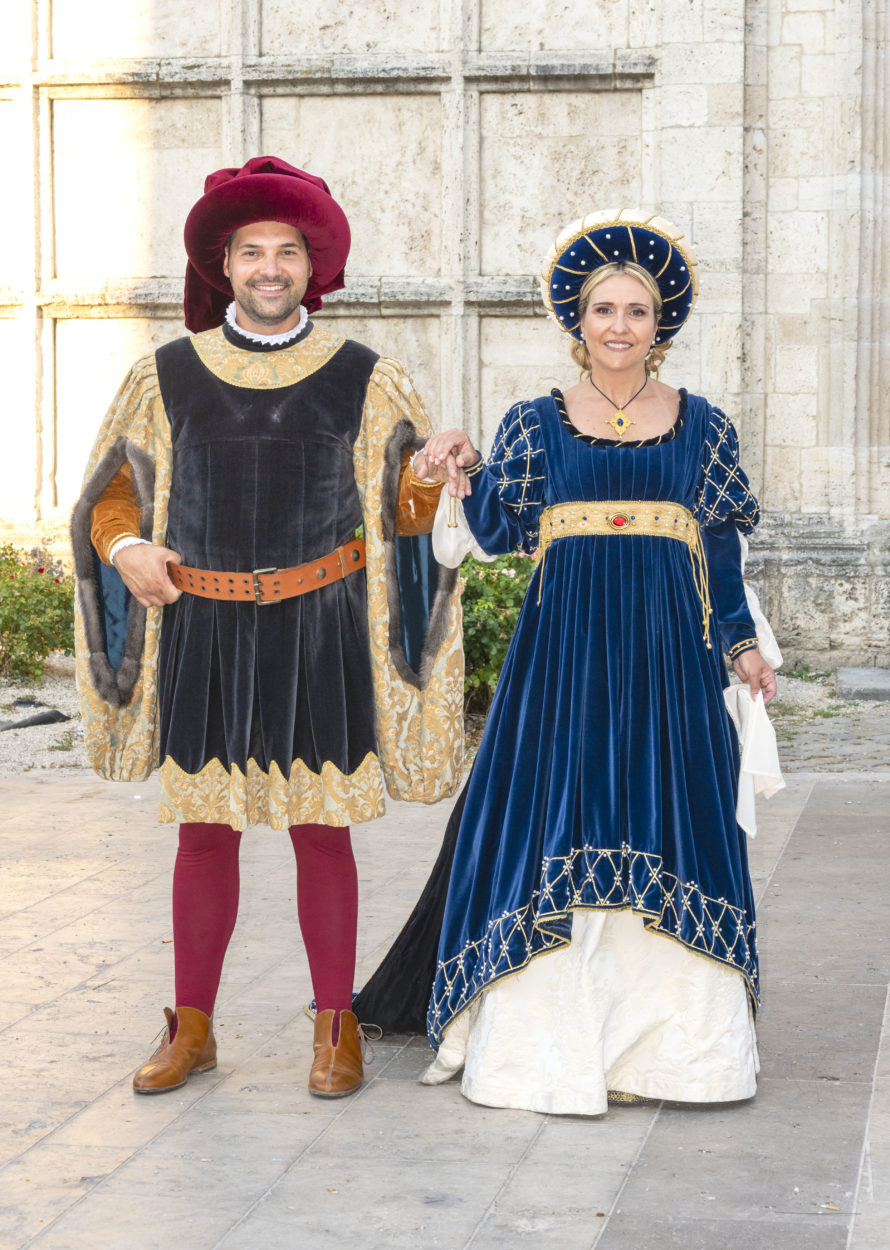 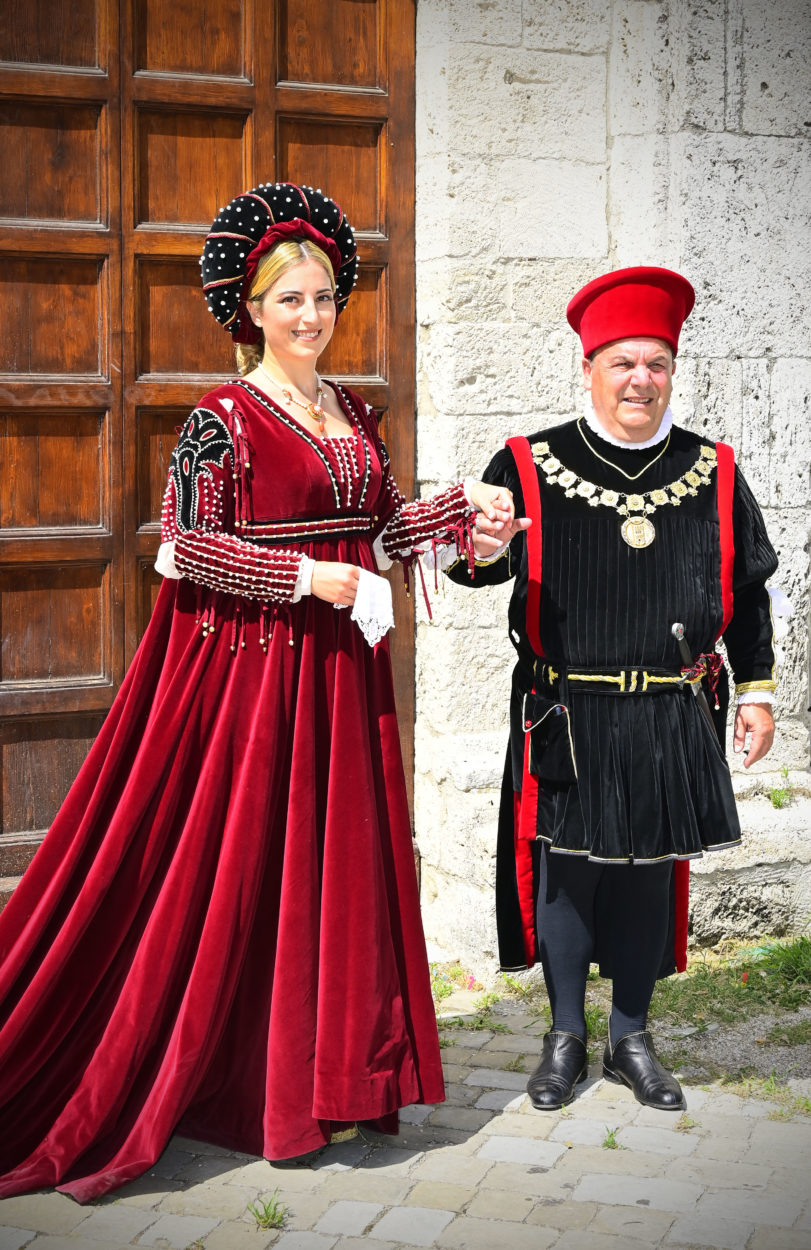 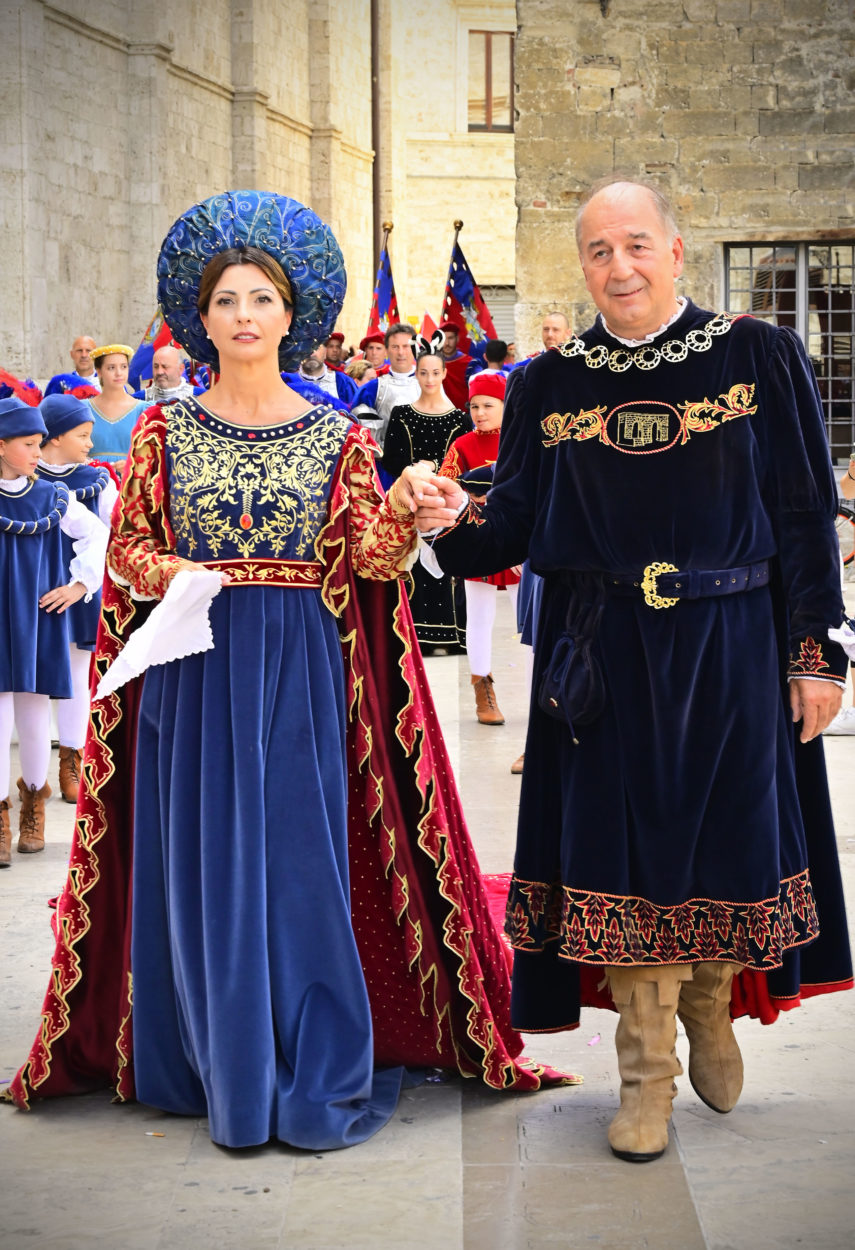 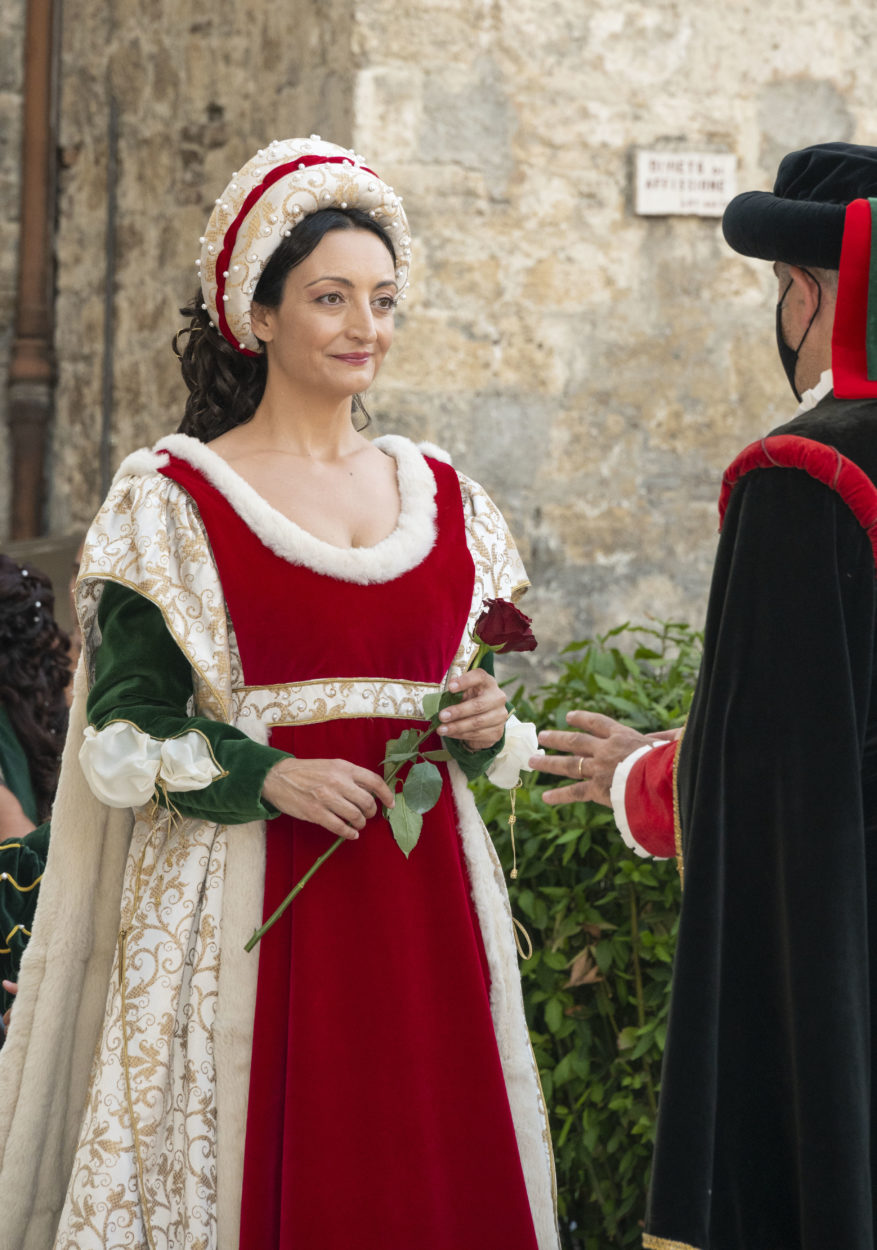 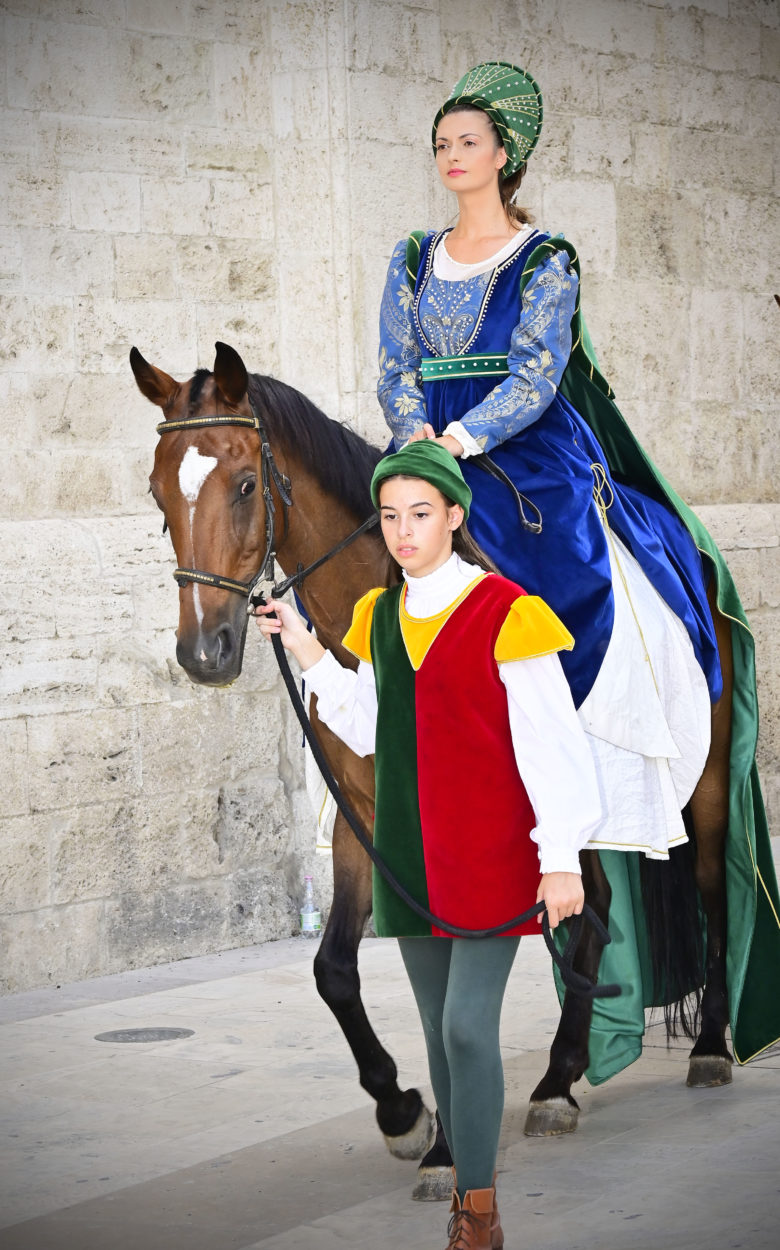 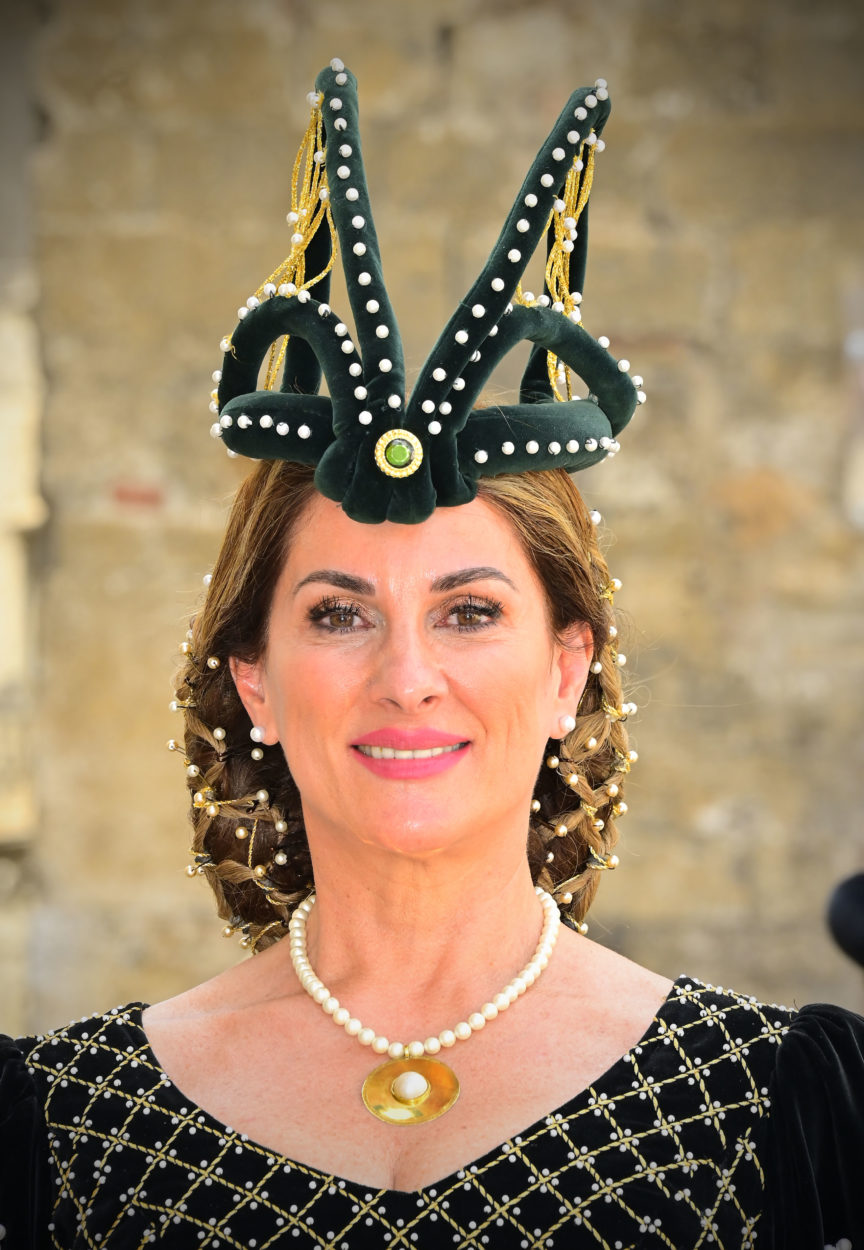 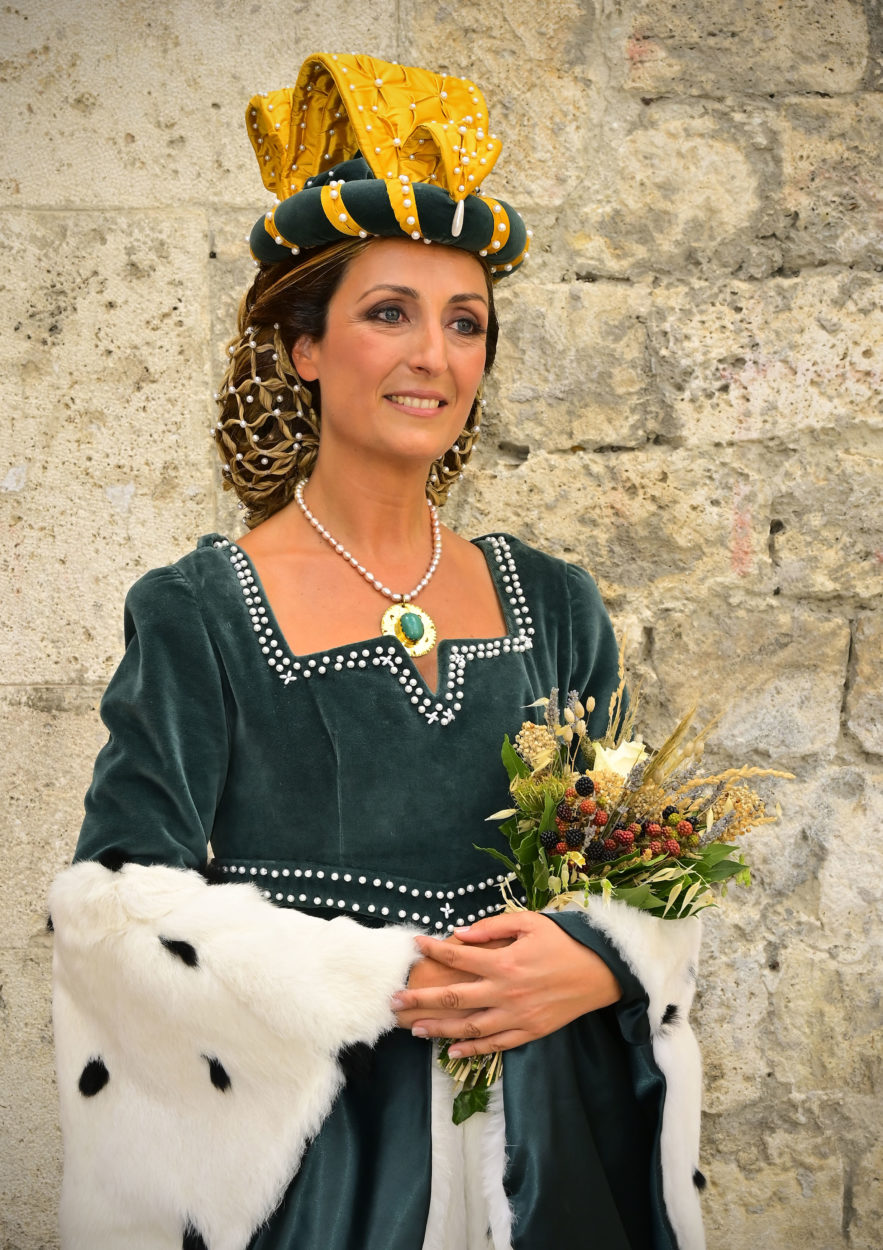 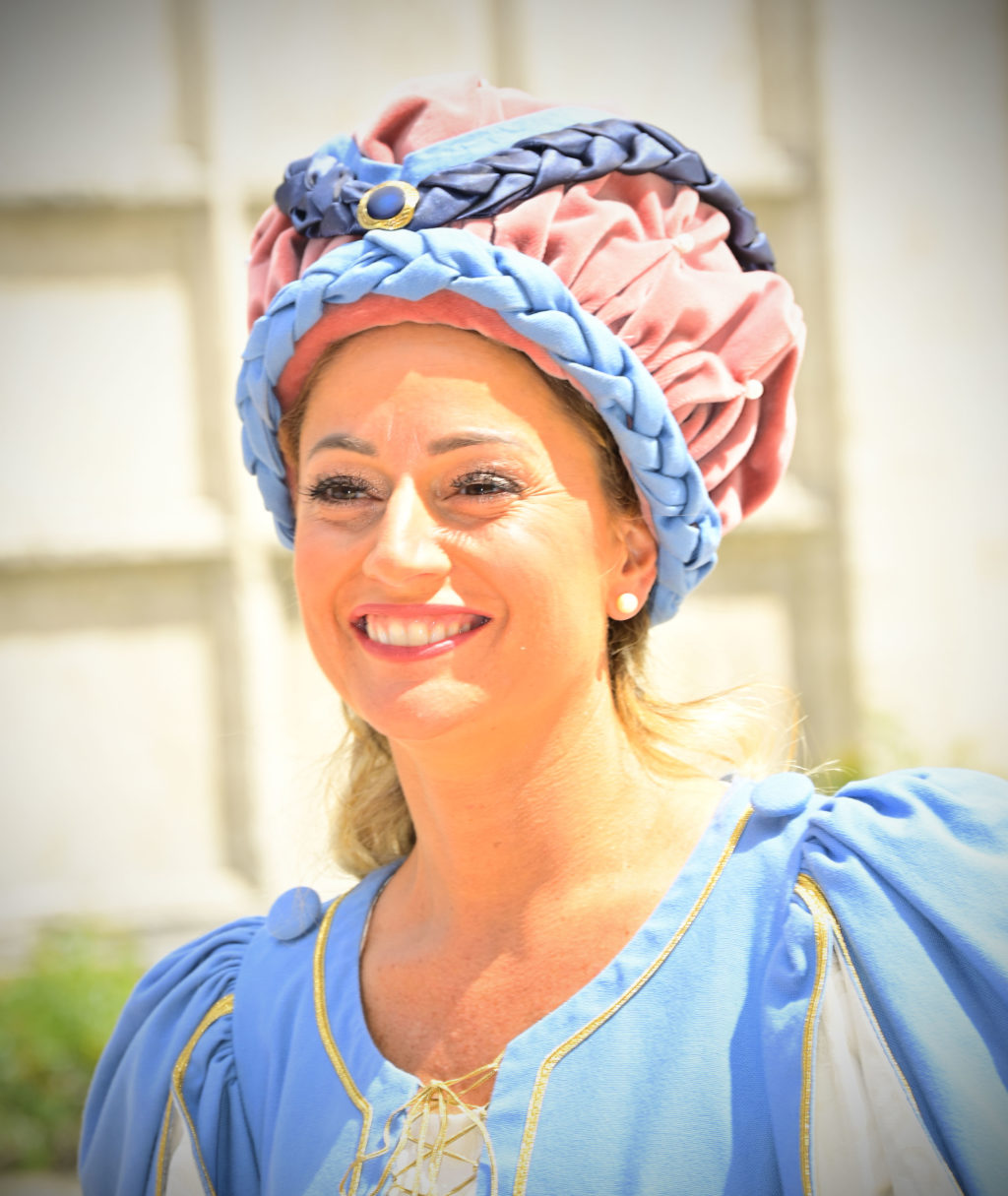 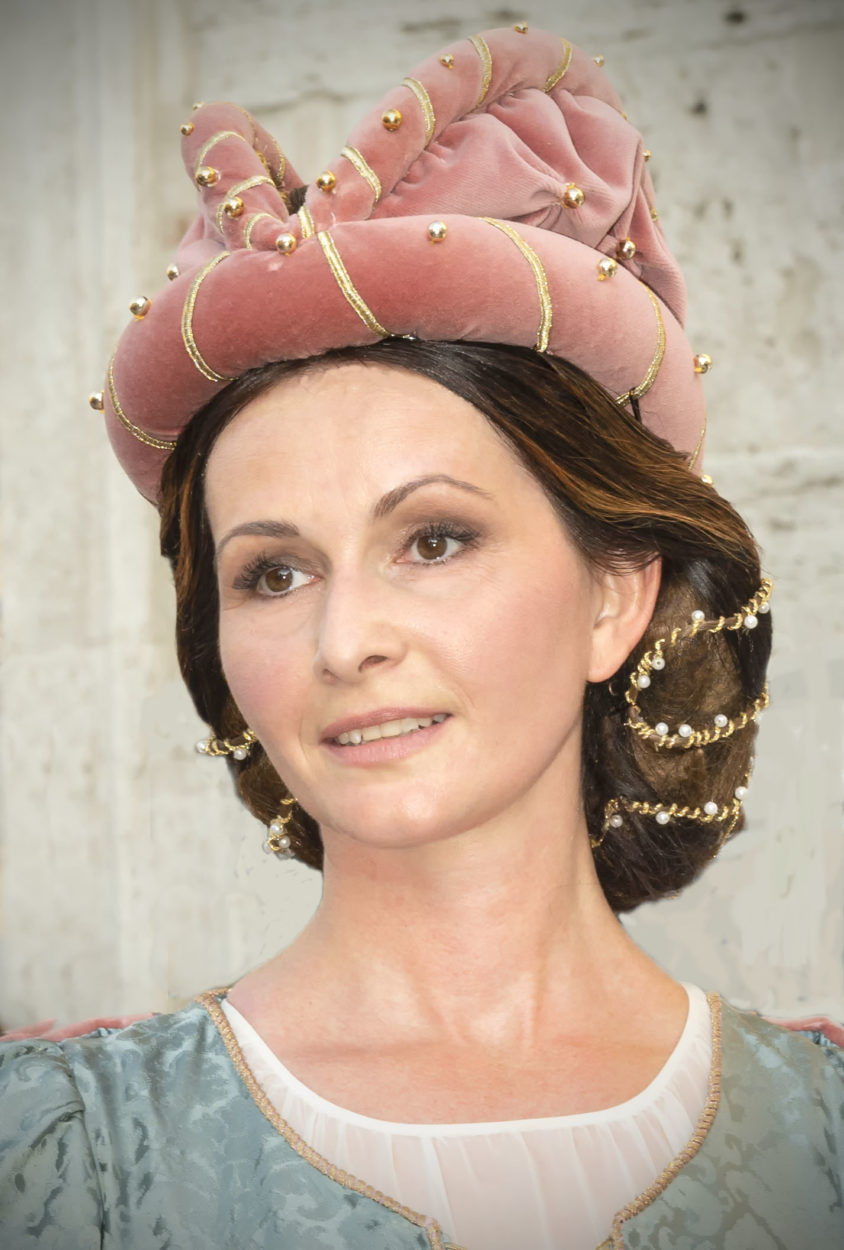 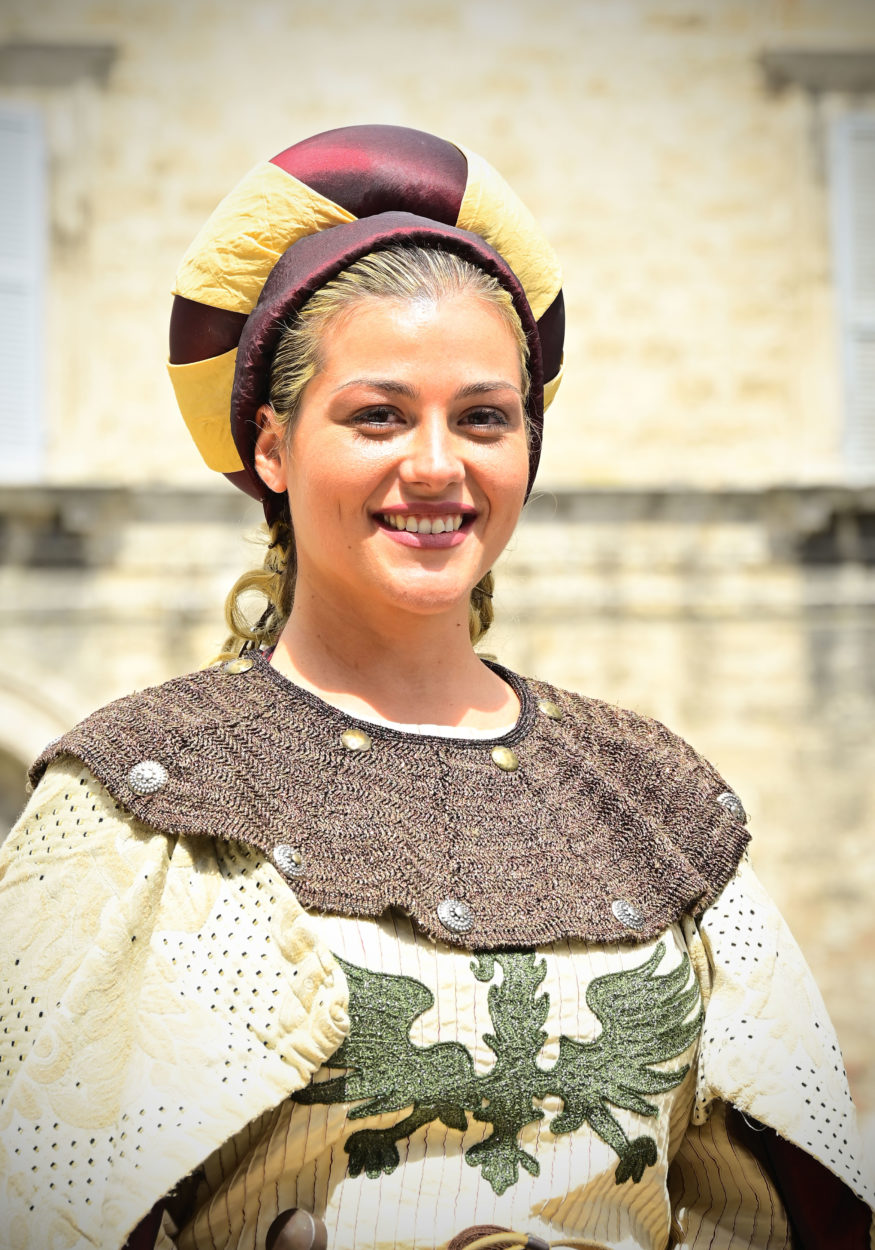 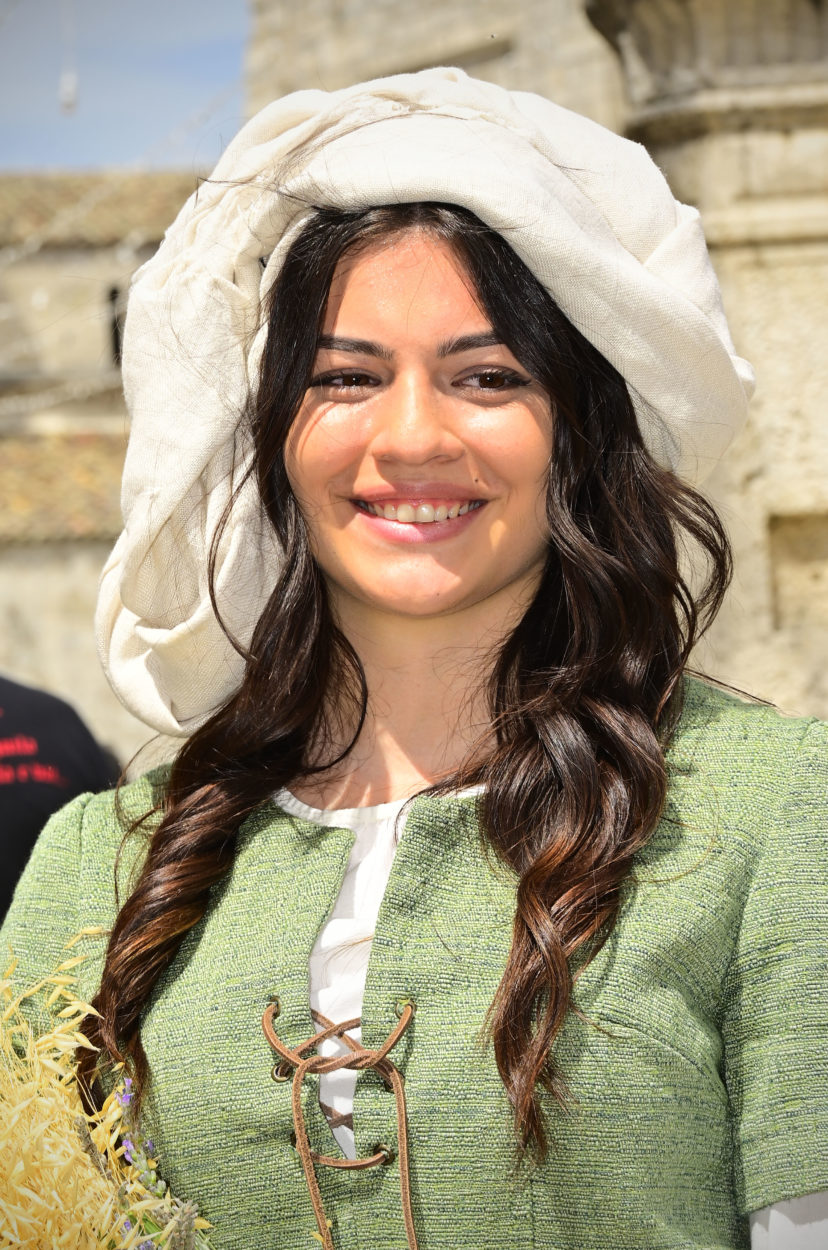 Damsel of the countryside 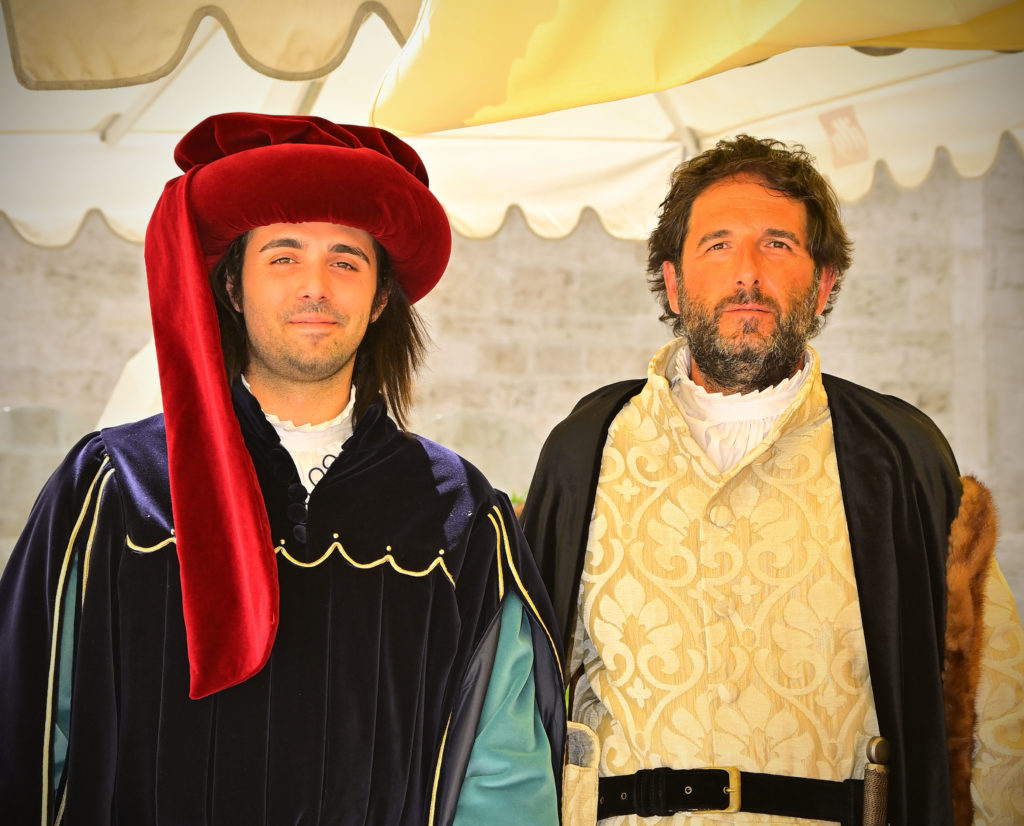 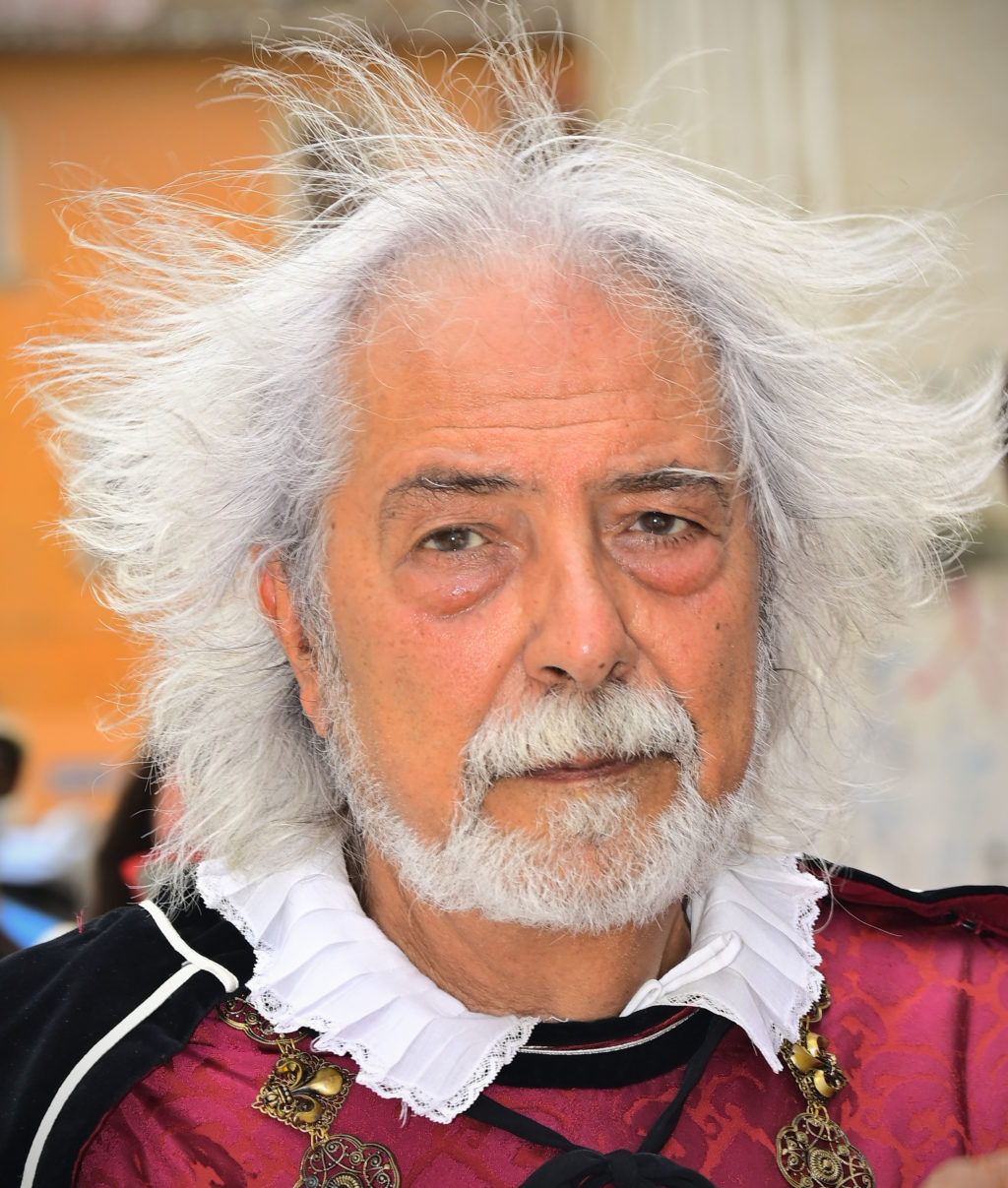 Prof. Dott. ‘Gigi’ Morganti, Professor of Medieval Studies and past choreographer of the Quintana. His legacy has much to do with the authenticity of the pageant. He is the current Capo (Head or Leader) of Sestiere Piazzarola 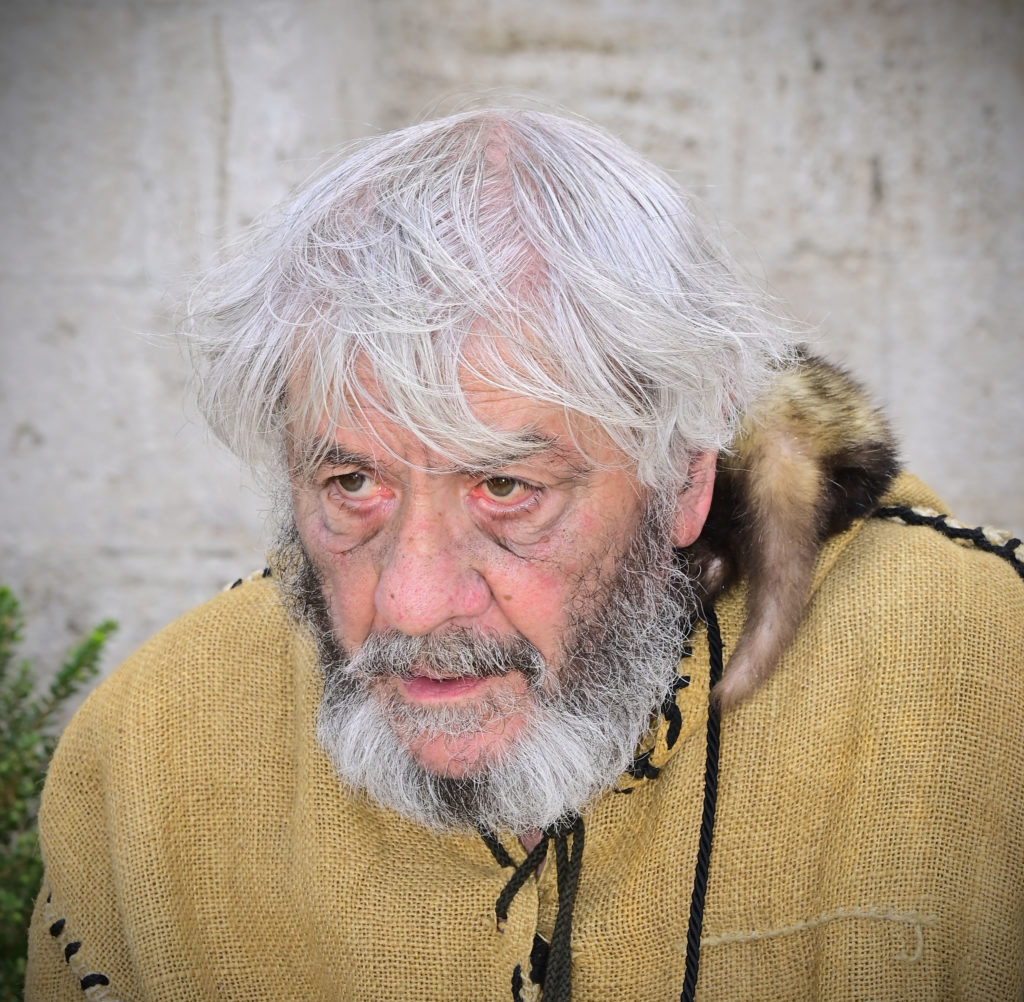 An Italian man of the country with Ferret.