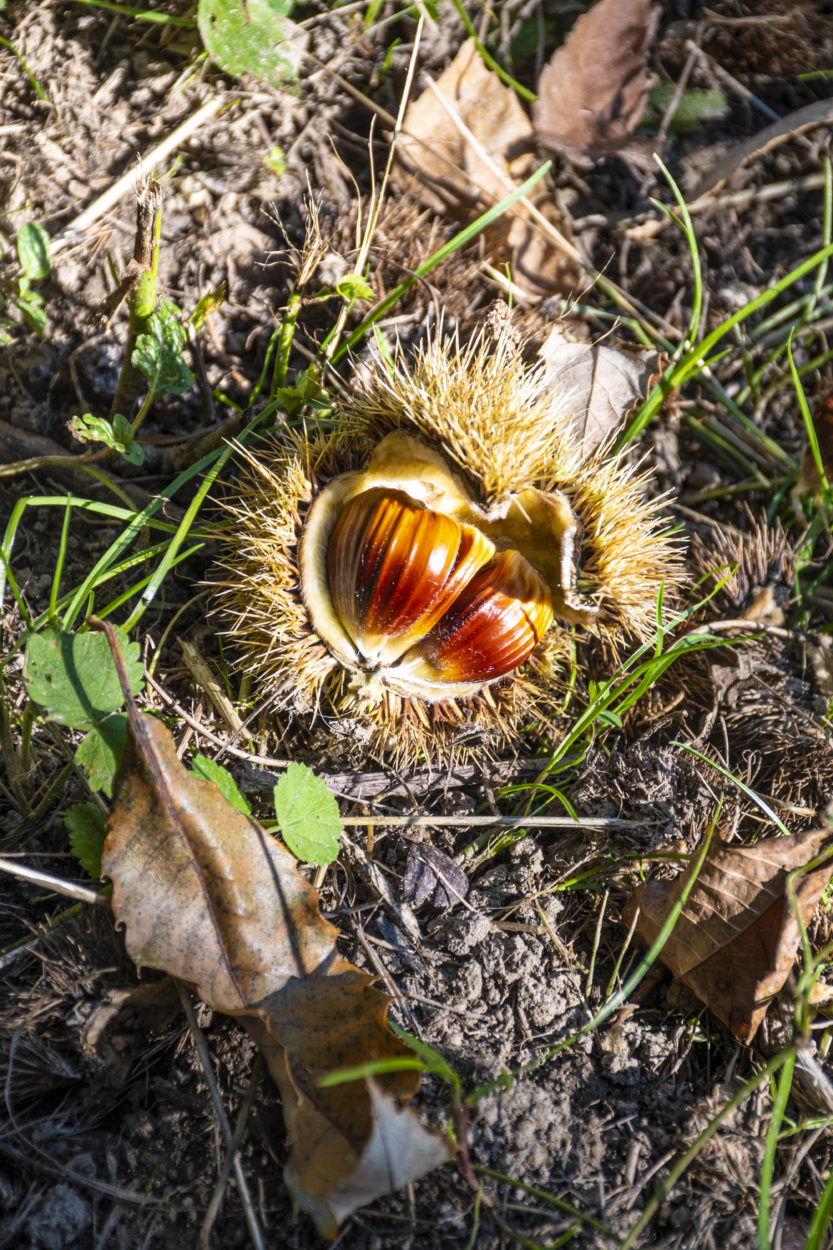 It is now only been a short time since we have returned to Ascoli and are, once more, comfortably installed in our apartment. I say, ‘comfortably’ with the caveat that with age, overcoming ‘Jet Lag’ seems to take longer. The ‘Jet Lag’ is a result of a little over three-week trip to return to the U.S. for some important, personal visits and to take care of a few logistical matters.

Although we were last in the U.S. in January of this year, we had a sense that Arlene’s mother’s health status may have become more complex, and my older brother is in process of dealing with the aftermath of several strokes. We also wanted to see our three daughters and as much of their families as might be available now that the ‘grandchildren’ are all young adults starting out in varying degrees of independence on their own.

The visits were an uplifting mixture of that special experience of being in each other’s presence that no amount of electronic, ‘virtual communication’ can provide. Additionally, there is also that more immediate realization that some less than desirable developments are occurring in the lives of people we care about, over which we have no control. This is an all too common dilemma in the later stages of life in transitioning from attempting to be the ever-present problem solver to stepping back into still caring but recognizing one is no longer a viable, solution resource you wish you could be.

A two week visit in the San Diego area also permitted seeing some old friends and catching up. A special affirmation is experienced in being around people you have known and cared about for a long time and no amount of physical distance can diminish the feelings of affection.

There was also a strange sensation of driving around in a place in which we had previously lived but no longer do. Some old mental files were dusted off and it seemed, at least most of the time, I knew exactly how to drive to where we needed to go. But underneath it all, I felt very much like a stranger in a very familiar place. It seems I have so thoroughly adapted to this town in Central Italy as our ‘home’ that being even in a very familiar place, I was still only feeling like a visitor.

With now less than four weeks to Christmas, we are playing seasonal, decorating catch-up. We try to avoid the commercial seasonal creep of anticipating Christmas immediately after Halloween and shopping for a Thanksgiving Turkey, nor waiting until the official start of Christmas with the Roman Catholic Church Feast of the Immaculate Conception of the Virgin Mary on December 8th. But with the trip-imposed delay, we will be closer to the traditional Italian festive start than our more usual immediately after Thanksgiving decoration flurry.

We are staying in Ascoli for the holidays and our local circle of Italian and American-Expat friends have already lined up a number of social events. Here, the emphasis still seems more grounded in relationships, but while the frenzy of Christmas consumerism hasn’t yet reached the same crescendo as in the U.S., the trend may be lurking in the shadows. The cultural calendar is also full of a variety of exciting events and as I write, the town is in full swing of finalizing holiday decorating.

A brief comment on a personal triumph, after literally several years of preparation, I took and passed the Italian Driving License regulatory exam and the practical, behind the wheel test administered by an official of the Italian Ministry of Transportation. Accomplished, fortunately, on the first attempt although I have to confess I was determined to not attempt the examination until I felt sufficiently competent in the Italian linguistic version of ‘bureaucratize’. But as of now, I am a legal driver in the European Union. An interesting experience was renting a car in my native U.S. on the basis of presenting an Italian Driving license – actually it went off without a hitch.

Once again, this year we welcomed Fall in a more traditional Italian way by centering on experiences related to the pallet. Among our pleasant social experiences has to have become included in a local group of Italians organized by a very gregarious and enthusiastic individual who sees to it that most every month there is an excursion to visit a nearby working farm or vineyard accompanied by a multi-course meal featuring fresh products of the enterprise we are visiting.  A rough translation of the name of this pleasant group of Italians is, “The messy kitchen bunch”.

Between our final days of enjoyment of our special rented spot on an Adriatic Sea beach until we left to visit the U.S., we variously participated in a wine grape harvest, mingling with the goats that were the source of a wonderful cheese and the gathering of chestnuts. It is another source of pleasure for us to feel welcomed among a group of Italians of various ages. The natural pre-disposition for Italian conviviality is in full display and I might even sense a special pleasure they find in having an American couple enthusiastically identifying with their culture and who they are. Perhaps, that is what ‘mutuality’ is all about. 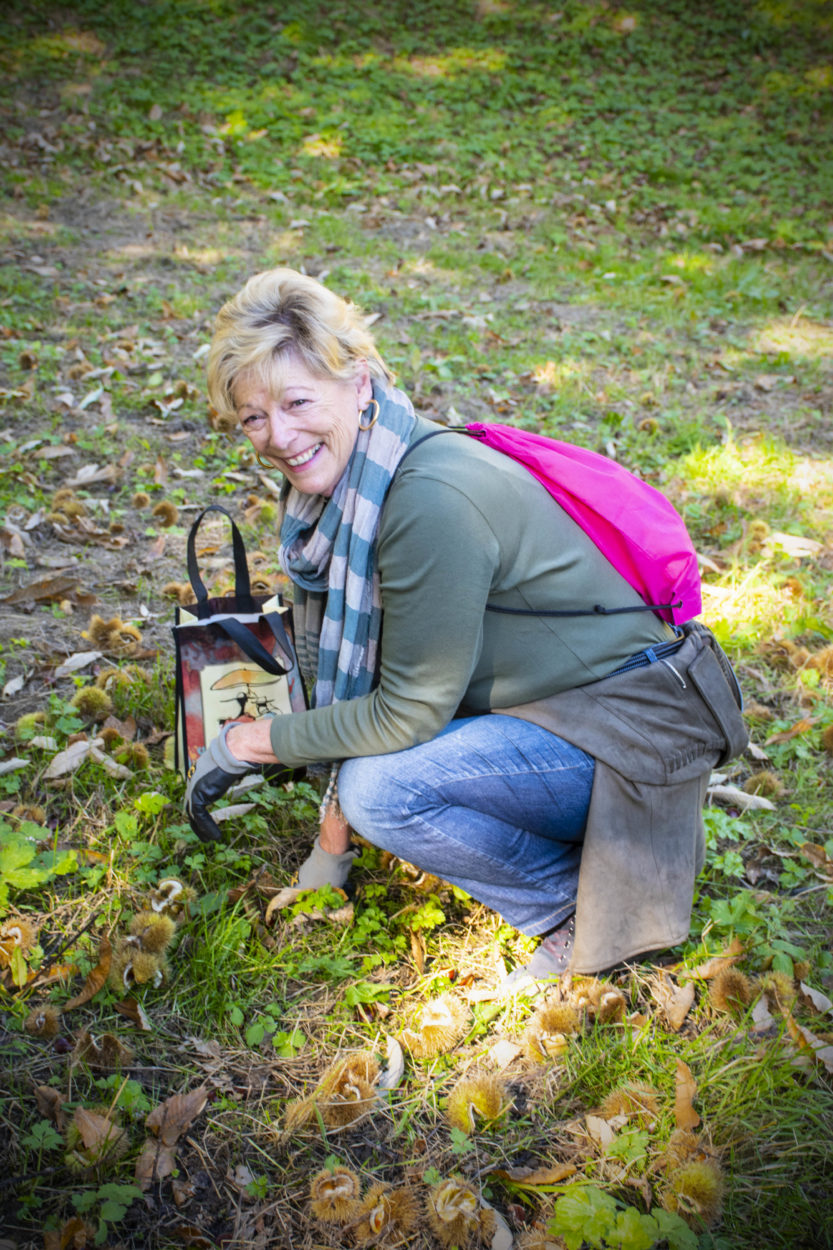 Image of an ‘immigrant’ worker gathering ripe chestnuts that have freshly fallen from the trees.