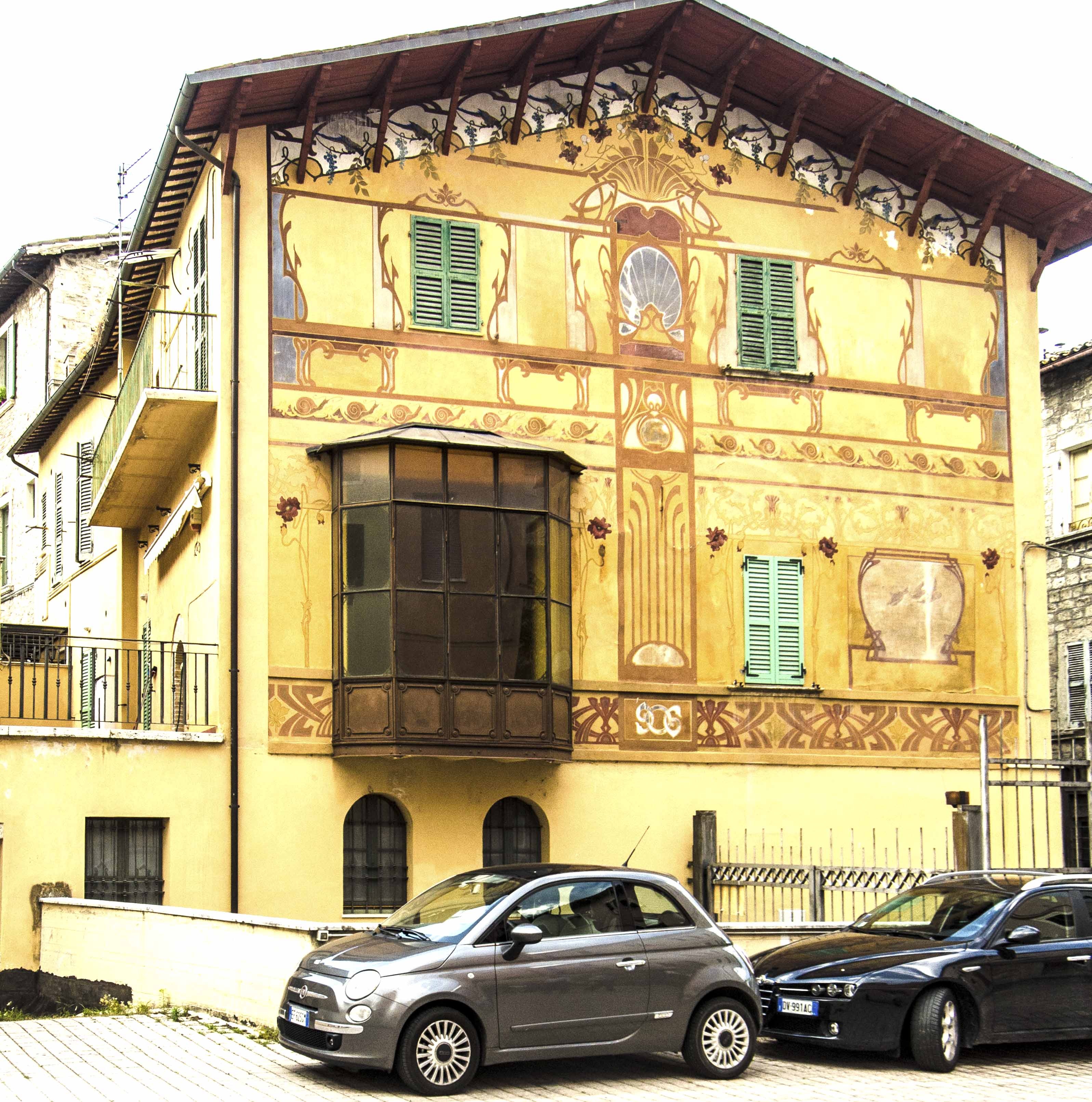 We had been looking at apartments for rent in the area on the internet for several months, and walked all over Ascoli in the previous week, so we weren’t going into this totally uninformed. We had typed up a list of what we definitely needed, in order of importance, and what we wanted to pay. About fourth on the list was “light and airy.” Our temporary apartment is wonderful, conveniently located, very thoughtfully furnished and equipped (to include an expresso machine). However, it is essentially a beautiful stone cave with one window and a door. On the hottest days it stays very cool but is lit mostly by artificial light and we have to close the one window most nights due to the street noise. I am an unashamed spoiled southern Californian used to large quantities of sunshine. I told Larry that if we had to live for the long-term in a place this dark I was certain to fall into a deep depression and might kill him in his sleep. The requirement of “light and airy,” not surprisingly, moved to the top of our list. Cinzia V. zeroed in immediately on a place that was everything we wanted and much more. The price was 100 Euros more than we wanted to pay, but we agreed to see it that afternoon. In the meantime Cinzia V. called on a friendly British client of her’s to join us and serve as a translator. He had actually looked at the apartment in his search so he was familiar with it.

We leave Cinzia V.’s office on Piazza Roma (a small piazza between the two larger ones) and walk a very few blocks to Via San Giuliano named after the church at the end of the street. The first thing we notice is that the street in front of the building is blocked to vehicles, yes! The second is that the outside wall of the apartment building is covered with a “liberty style” fresco from the early 1900’s, kool, and there is a huge south-facing window, way kool. Then the owner of the apartment greets us to let us in. Once again, he was right out of central casting – 80ish, short, round, bald and with a broad smile. The apartment is on the first floor European (which is 2nd floor American) so there is only one flight of fairly wide stairs (with a window on the landing) to the door. He opens the door into a living room (soggiorno) three times the size of anything we had seen on-line with that huge window with the sun streaming in and french doors out to a terrace large enough for a sitting and eating area (al fresco) with a retractable awning. Terraces are very rare with properties in the historical area, especially in rental properties. Most have no outside area or just a balcony. Yes, Larry shall be spared!

Then you see them – frescos – one that covers the ceiling and one on the wall. These were also done at the turn of the century by the same person. The one on the wall is of a hunting dog pointing at a bush in the forrest. He will be our new pet and we will name him, in time. The ceiling honors deceased small game (yes, dead birds and rabbits) as well as the accompanying vegetables and fruits. As if that were not enough, the master bedroom ceiling is frescoed as well. This time, fortunately, with flowers and song birds that are very much alive. It is my understanding that the building has been in it’s current configuration (4 apartments) since 1850, but a building existed here long before that. The walls are about 18 inches thick (no worries about hearing the neighbors) and the last restoration on this apartment was in 2000.

There is an eat-in kitchen with a french door to the terrace as well, and a bonus – a dishwasher – but the expected smallish refrigerator. There are hardwood floors throughout and a window in every room but the bathrooms. The master bedroom has a very unusual walk-in closet, an in-suite bath with shower, washing machine and the obligatory bidet. On the other end of the apartment is a second bedroom, a studio (small room used for an office) and a bathroom with a tub, all with wood beamed ceilings. The apartment is furnished except the living room had two old mis-matched couches, a coffee table and a torn rug which we have asked to be removed. We shall furnish this room ourselves from IKEA (pronounced EKEA here) in a contemporary style in colors to enhance the frescos.

There are two more unexpected features – a parking space and a cantina on the first floor (equipped with a sink, shelving, large cabinet, small cabinet with drawers and a window so we can air it out when it gets musty. This is where we will store our suitcases, wine and maybe even hang some meat. Who knows!

We couldn’t be happier so no need to look any further. Our agent began negotiations on Monday and negotiated a 100 Euro deduction in the monthly rent traded for a little longer lease (three years instead of two) just like on Househunters International! Rental laws here are tenant-friendly so she assured us repeatedly that, with a six-month notice, we can break the lease. We take possession on August 26th, the day before our lease expires where we are now. We have found our second Italian angel – Cinzia V. How lucky are we???